Having won the prestigious Formula 3 race on his debut in 2017, Ticktum returned to Macau this year and successfully defended his title with the Motopark team - sealing pole and winning the qualification race before dominating the main event, which was marred by an accident involving Sophia Florsch.

The Red Bull Formula 1 junior also enjoyed a successful season in the F3 European Championship, winning four races and leading the standings for much of the season before losing out to Mick Schumacher, the son of seven-time F1 world champion Michael.

Ticktum was not present to collect the award, so Derek Warwick received it on behalf of the Red Bull junior - who he said was currently on a flight to Japan, where he is tipped to race in 2019.

"He deserves to be in F1," said Warwick of Ticktum.

"He's good, one of the best drivers we've had through the MABA awards.

"There's too many vanilla drivers, so it's nice to see someone a bit controversial.

"He's obviously got the speed, he's very quick, he's intelligent, he's good working for the team and I think he's got everything he needs to be an F1 driver." 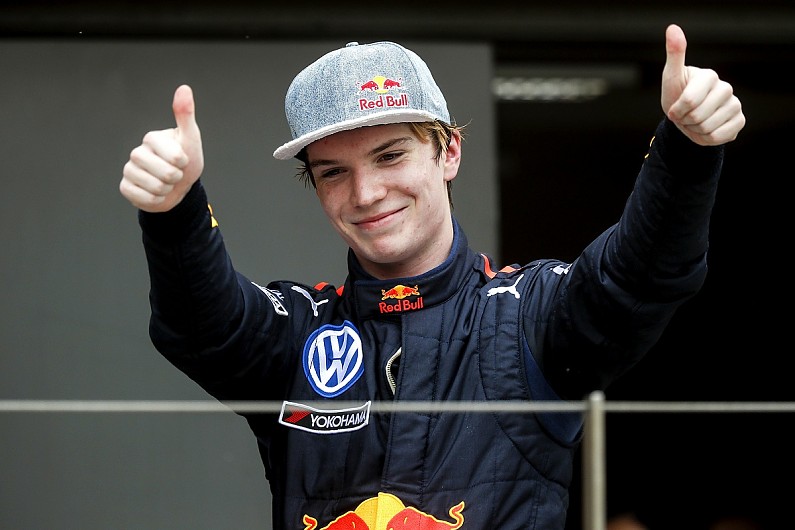 The trophy was given to Warwick by 2019 F1 drivers and fellow past McLaren Autosport BRDC Award winners George Russell and Lando Norris - who won the National Driver category last year.

It is open to drivers competing in all domestic UK categories, club motorsport and those competing abroad in series up to European Formula 3 and GP3 level, and is decided by an Autosport readers' vote.