The round at Mid-Ohio was reorganised as a double-header event following the cancellation of the race at Portland, the result of Oregon State's increasing crowd-gathering restrictions designed to contain the pandemic.

With the cancellation of the Laguna Seca round too following a rise in cases in California, Mid-Ohio was joined by Gateway and a second visit to the Indianapolis road course in hosting double-header rounds to increase the numbers of races on the calendar.

But the virus' continued spread, including an additional 1,500 cases reported on Friday in the state of Ohio, means that the two races at the Lexington venue have been put on hold after consultation with local health officials.

This brought Ohio's total recorded cases up to around 92,000, with almost 3,500 total fatalities.

The Mid-Ohio SportsCar course put out a release which read: "IndyCar and Mid-Ohio Sports Car Course have agreed to postpone The Honda Indy 200 at Mid-Ohio scheduled for 7-9 August until a date to be determined in September or October. 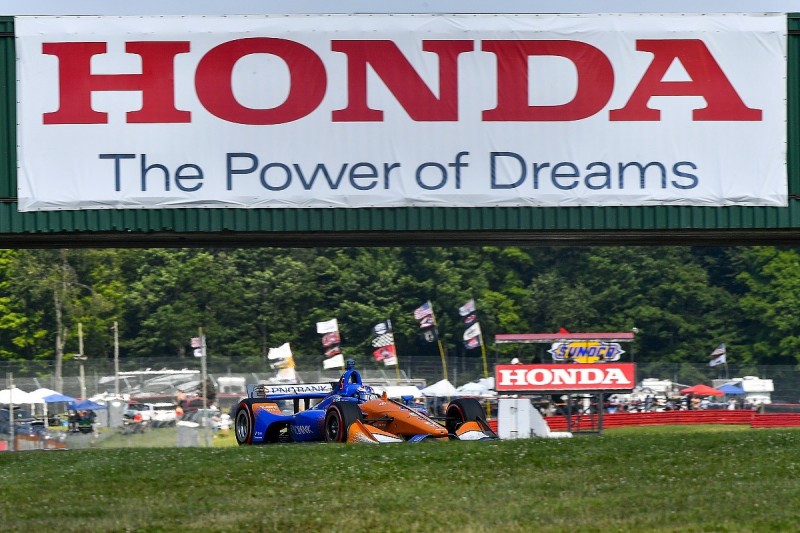 "This decision was made through communication with local health officials given the current environment.

"Our team continues to work with all of our partners and our local government to identify a date later this year when we can host The Honda Indy 200 at Mid-Ohio.

"More information will be forthcoming as it becomes available.

"We appreciate the patience and understanding of our fans as we navigate this postponement."

Promoters Green Savoree have been particularly hard-hit by this pandemic, with the Grand Prix of St. Petersburg being shifted from the start to the end of the season, Toronto and Portland being cancelled, and Mid-Ohio now shifted to an as yet undetermined date.

The postponement of the Mid-Ohio rounds means that the Indianapolis 500 on 23 August is the next race on IndyCar's interrupted 2020 calendar.

The cancellations of the Portland and Laguna Seca rounds means that the calendar currently has a barren month of September, while October is set to play host to the two Indianapolis road course races before the St. Petersburg finale.