But, despite backing his man after crashes in practice and the race, Whitmarsh says it is still too early to decide whether McLaren will keep him for 2014.

Perez has been under pressure to lift his performances in recent races, with Whitmarsh admitting that he had not beaten Jenson Button as much as had been hoped.

The Mexican did little to impress his bosses in Japan, however, with a high-speed crash during Friday practice and then a tangle with Nico Rosberg in the race.

Despite the incidents, Whitmarsh insisted he was not unduly concerned, especially because a number of other drivers crashed over the weekend.

"A lot of people had problems - it is that sort of circuit," explained Whitmarsh. "With the incident on Friday, I think we can probably show 50 of this type of crash at that very corner and that same type of incident.

"It is something about going into Spoon there. You drift over to the right - Michael [Schumacher] did it last year on Friday. It is one of those things that happens. It is not great, but it was OK.

"I think Checo was racing well too. Where we were, he should have been able to get seventh or eighth. Considering where we are at the moment, I think the last two or three races he has raced very well indeed." 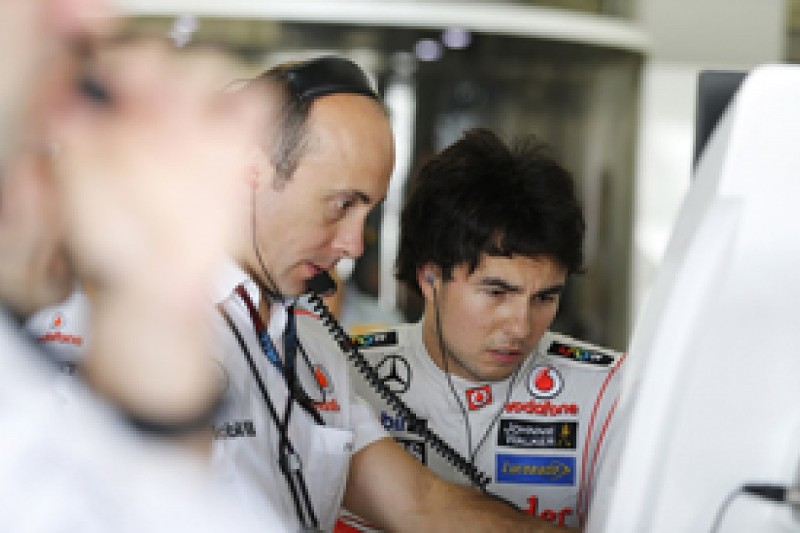 Although issuing a vote of confidence after Japan, Whitmarsh says that the team is still open-minded about whether or not Perez will be retained.

McLaren's hopes of luring Fernando Alonso appear to be over, but it is still evaluating all its options.

Whitmarsh said that he was happy to hold fire on a final decision for now, while it waits to see how Perez copes with the pressure over the remainder of the campaign.

"There is no hurry," explained Whitmarsh. "I had said all along that let's let a few races go by, and let's have a chat. And that is exactly what we are going to do.

"There is no tearing rush at the moment to do this. I know it becomes a story and lots more spurious stories stem from it, but there is no hurry for it."

Red Bull domination of F1 is an inspiration for Mercedes