Jolyon Palmer will use Renault's new floor at the Hungarian Grand Prix, as the team increases pressure on him to score his first points of the 2017 Formula 1 season

The updated parts that Renault gave to Nico Hulkenberg at Silverstone last week helped him to the team's most competitive performance of the season, as he qualified and finishing sixth.

Palmer will also get the new floor at the Hungaroring, where Renault Sport F1 managing director Cyril Abiteboul wants the team to end its recent reliability dramas and get both cars in the top 10.

"We have shown at Silverstone that we are continuing to improve," he said.

"Chassis developments, in particular the new floor, proved to be positive - exemplified from Nico's eight points and both cars showing strong qualifying pace.

"It's critical to back up this improvement with both cars finishing in the top 10 in Hungary - we want to finish the first half of the season on a positive note.

"To achieve this, we need to put behind our reliability problems. We know our situation and the areas which require more attention. 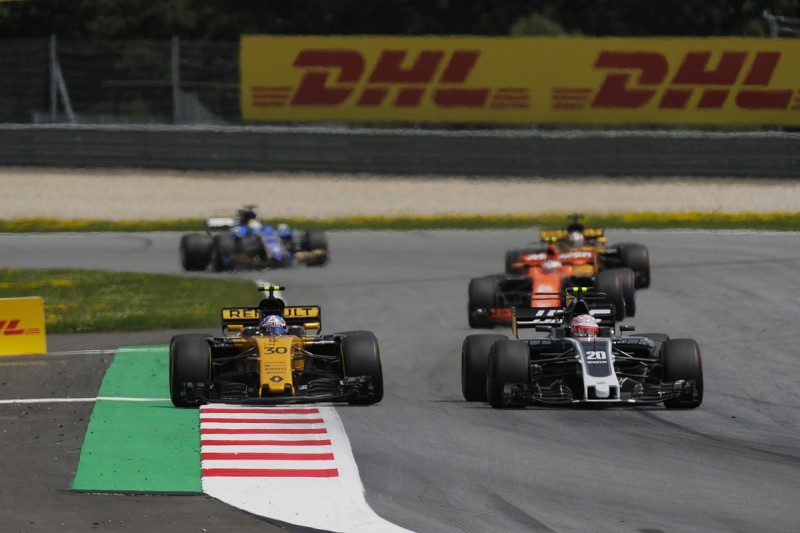 Renault is currently eighth in the constructors' standings. It is three points behind Haas and seven shy of Toro Rosso in sixth.

If Renault is to achieve its target of leaving Hungary sixth, it will need either to match its season-best sixth-place spot with a single car or get both cars inside the top eight.

Palmer, whose pre-race retirement at Silverstone was caused by a problem with an O-ring in the hydraulic system, says the new floor will help lift his confidence.

"I drove with the new floor in FP1 [at Silverstone] and it was working nicely, meaning I'm happy to have it for Budapest," he said.

"Nico showed the benefit of the floor across last weekend with his strong qualifying and race pace.

"It's exciting for the team as we looked competitive and ahead of our midfield rivals. That's all I hope for in Hungary."

As well as the new floor, Renault will test new front bodywork and a modified cooling package in Hungary.