Lewis Hamilton signing a one-year deal to race for Mercedes in 2021 means both seats at the Black Arrows are potentially up for grabs next year after the team gave Valtteri Bottas another one-year contract that will cover his services for the current campaign.

While Verstappen has a deal with Red Bull that runs until the end of 2023, Horner said recently that after 2021 "should Lewis decide to stop then Max would naturally be the driver at the top of the list" as a replacement at Mercedes for the world champion.

When asked if he had any concerns about speculation regarding Verstappen's future at Red Bull in an exclusive interview for the current issue of Autosport magazine, Horner said: "I think I've been around too long to worry too much about what others are doing.

"The most important thing for us is to concern ourselves with what we're doing.

"And it's enormously important for ourselves, and obviously Max, to build on the potential that we've shown. That's our objective.

"I'm not really paying a great deal of attention to speculation. It's: 'we need to control the things that we have at our disposal and we need to maximise our own performance', which is absolutely our combined objective for this year."

Red Bull heads into the 2021 season after taking two victories last year, with Verstappen winning the Abu Dhabi season finale from pole - the only time the team topped qualifying all year. 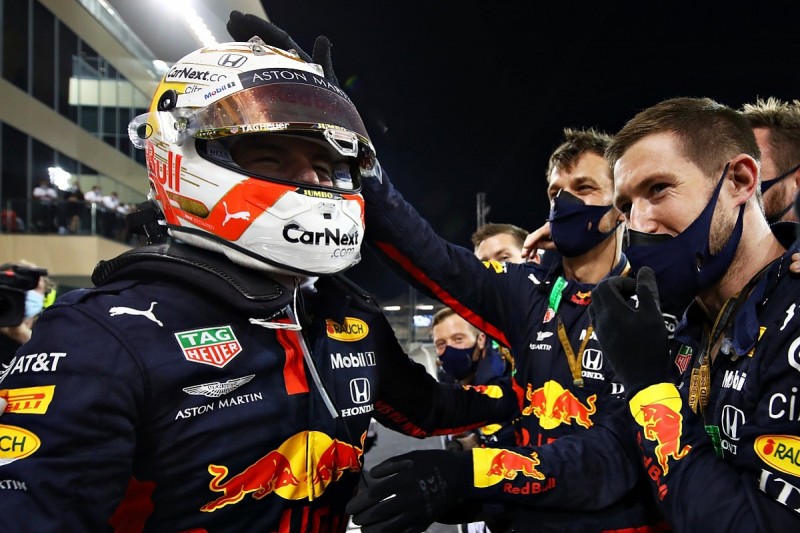 But that success followed Red Bull opting to develop its RB16 car throughout 2020, while Mercedes opted to stop updating its W11 challenger after the Belgian Grand Prix last August.

Speaking about Red Bull's work since the Abu Dhanbi race, Horner said it had "been an intense winter - with the whole COVID situation as well".

He added: "It's been busy. The team have done a great job working around the challenges that we've faced. Generally, I think we're in reasonable shape.

"I think we've been assisted by the fact that there's a large percentage of the regulations that are carried over, which is unusual."

Horner also explained how the team had continued its 2021 preparations during the current restrictions required by the COVID-19 lockdown in the UK.

"We've been fortunate, we've had very few people affected with corona," he said.

"And we're also fortunate that we have a large site that we've been able to spread people out [around Red Bull's Milton Keynes base].

"But, of course, we've had a combination in that manufacturing function has largely remained intact, and the designer and support functions have either been working on a rotational basis or working from working from home."