The Japanese team's technical director Pascal Vasselon, the key architect of the system, believes the handicaps should not have been applied to individual cars but across the two cars of each team.

"We made a conceptual mistake when putting in place the system," admitted Vasselon.

"The system should have applied per team and not per car: this is probably the biggest mistake we have made.

"We should have done it per team, and if we had, we would have had a fight between our two cars at every race."

One of the major criticisms of the system designed to give privateers the chance to win races in front of the Toyota TS050 HYBRIDs and keep the independent teams in the hunt for the championship was that it destroyed the battle between the two Japanese cars.

This was brought into focus in the final round of the 2019/20 WEC in Bahrain last weekend when the two Toyota TS050 HYBRIDs ran unopposed.

The #8 car driven by Sebastien Buemi, Kazuki Nakajima and Brendon Hartley was unable to mount a challenge to the sister car because it was penalised by 0.54s, as team-mates Kamui Kobayashi, Mike Conway and Jose Maria Lopez sealed the championship with a dominant victory.

The intra-team fight at Toyota was one of the highlights of the 2018/19 WEC superseason, the first campaign in which it was the only manufacturer in the top class of the WEC. 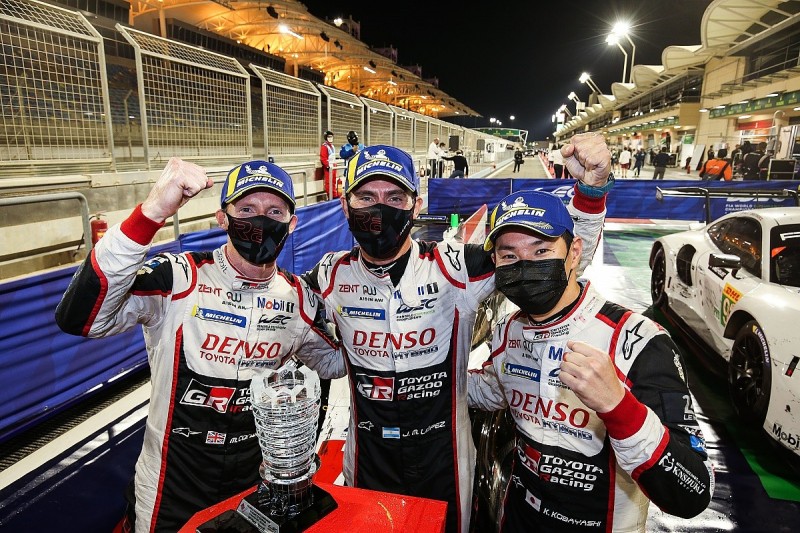 But Vasselon also argued that the increase in the per point, per kilometre coefficient on which the handicaps were calculated was also wrong.

This was changed from 0.008s to 0.01255s ahead of the first deployment of the performance penalties at round two of the 2019/20 campaign at Fuji in October of last year.

"The second issue we have was that the co-efficient has been increased and we were asking too much of the system," he explained.

"The gaps between the cars were just too big."

The change was made by the FIA Endurance Committee after it reviewed the performance of the LMP1 field at the opening round of the season at Silverstone in September 2019.

The handicaps were calculated on the basis of the gaps between the cars in the championship table, minus points scored for pole position and up to a maximum of 40 points.

Vasselon insisted that the success handicaps did the job for which they were devised because Rebellion Racing won two races with its Gibson-powered R-13 and would have had a mathematical chance of taking the title at last weekend's Bahrain finale had it contested the race.

Bruno Senna, Gustavo Menezes and Norman Nato were 30 points behind the best-placed Toyota after the Le Mans 24 Hours in September, with 38 points available for winning the eight-hour race in Bahrain and one for pole position.

"The system is working: the Rebellion drivers could still have won the championship, so it did the job," he said.

He described success handicaps as "virtuous" and "better than the Balance of Performance", the means of levelling the playing field that will come into force in the new Le Mans Hypercar class that replaces LMP1 in the WEC for next season. 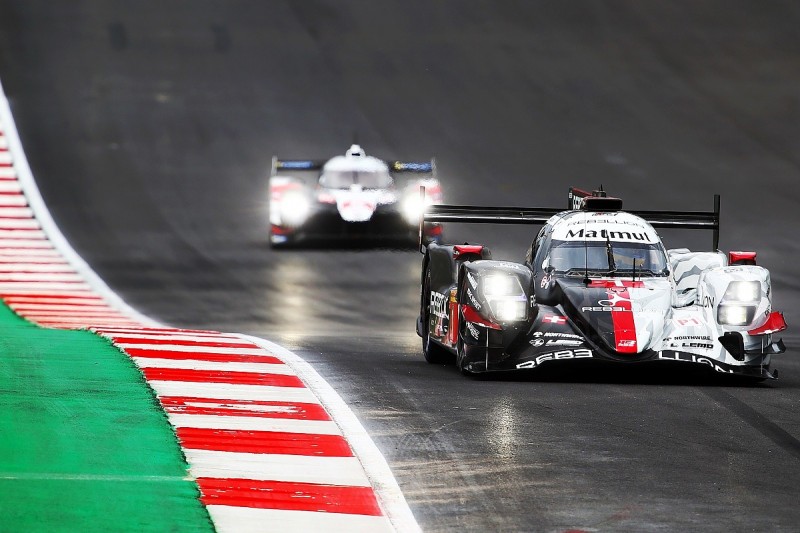 "Success handicaps are much better than BoP, where there is always a guess and you can win or lose on the margin of error [in the estimation]," said Vasselon.

"Success handicaps are fully objective, there is nothing subjective about it: you score points, you get a handicap."

The idea of the BoP was introduced for the LMH division last summer when the initial scope of what was originally intended to be a class open only to prototypes with a front-axle energy retrieval system was widened to include other car concepts.

This included machinery based on road-going super-sportscars, a route that Aston Martin intended to take before shelving its programme with the Valkyrie.

"Next year in LMH there will be a full BoP, because it seems there is no other way," said Vasselon.

"We are not fans of the BoP, but we have to accept it because we need competition."

The new Toyota LMH car, which tested for the first time last month, is due to face opposition WEC from prototype machinery developed by stalwart WEC entrant ByKolles and niche sportscar manufacturer Glickenhaus.

The Signatech squad will also run one of the ORECA-built Rebellion P1 cars rebadged as an Alpine and slowed in pace to equate its performance with the LMH machinery.