The Briton, who sealed the title together with Kamui Kobayashi and Jose Maria Lopez by winning the Bahrain 8 Hours, claimed that he "would definitely take the world championship over Le Mans".

"Hopefully Le Mans will come eventually, but to wrap up the world championship is definitely harder than winning just Le Mans, because we have got six-hour races and eight-hour races and they all count in the end," he said.

"It's is nice to get the season done and finally wrap it up, kind of a bit of a weight lifted off."

Victory in the WEC for Conway and his co-drivers follows a series of near-misses at Le Mans, including in 2019 when a late puncture for Lopez set in motion a sequence of events that robbed the #7 Toyota TS050 HYBRID of victory.

The Toyota team changed the wrong tyre on the car because the system of pressure sensors had been incorrectly wired, handing the victory to the sister Toyota driven by Fernando Alonso, Sebastien Buemi and Kazuki Nakajima.

This year at Le Mans an exhaust problem that cost Conway, Kobayashi and Lopez nearly half a minute in the pits lost them a shot at the victory when they had a narrow performance margin over the sister TS050.

PLUS: How the "small things" cost another overdue win at Le Mans

Conway explained that victory for his car in the Spa 6 Hours in August, when the #7 car overcame a bigger success handicap than their team-mates in the #8 Toyota, proved decisive in the championship battle. 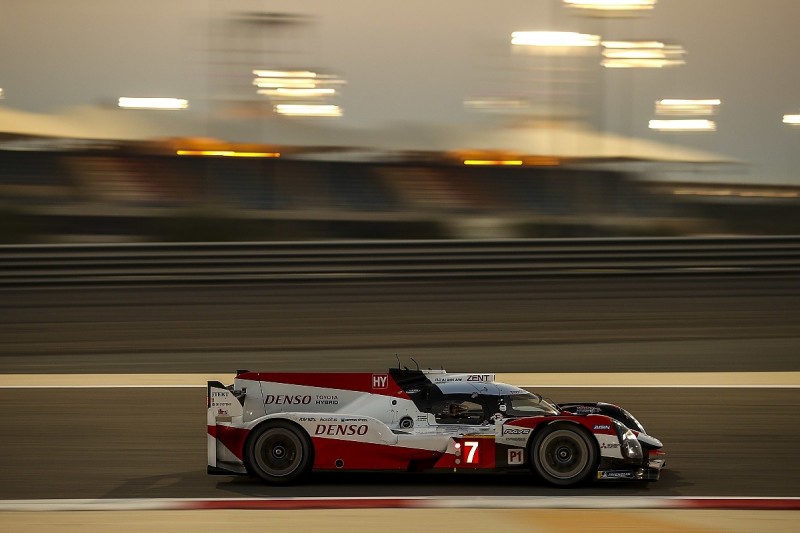 "I think that is what kept us in the hunt after Le Mans," he said.

"I feel like apart from Le Mans, we really made the most of every situation."

The system of LMP1 success handicaps introduced for the 2019/20 WEC meant the drivers of #7 car had overcome a 0.44s differential in the penalties carried by the two Toyotas at the Belgian race.

In Bahrain, the Buemi, Nakajima and Brendon Hartley had to make up for a 0.54s deficit under the points-based penalty system.

Conway said that he and his co-drivers "still had to work for it despite having those tenths in the pocket".

He pointed to a mid-race safety car on Saturday that wiped out a lead off over a minute for the #7 Toyota.

"You couldn't relax - we were racing all the way to the last stop," he said.

"Even when we had the minute lead again, you could see how quickly that can evaporate with the safety car.

"You never know, you could get a puncture, which would bring them back into contention.

"We were trying to stretch the lead because things like that can happen."