The 30-year-old Briton, who was announced as Tom Kristensen's replacement alongside Loic Duval and Lucas di Grassi on Wednesday night, said that sportscars were always top of his agenda even when he was signed by Audi to drive in the DTM.

"Ever since I came to Audi, it was my dream to join the full-time sportscar line-up," he told AUTOSPORT.

"Even in my first year in the DTM, when Mike [Rockenfeller] and Alex [Premat] were also doing the Le Mans Series, I was trying to get involved in that programme.

"I kept pushing for a Le Mans 24 Hours drive and decided to go for the Kolles opportunity [in a privateer Audi R10 TDI] in 2010 and that turned out to be absolutely the right thing to do."

Jarvis combined his Audi role with a full season in Super GT with the SARD Toyota team in 2014.

He said he often wondered if the opportunity to graduate from a partial LMP1 programme based around the Le Mans 24 Hours would ever come.

"To be honest, I didn't think that Tom would stop now and could go on into his 50s, and all the other drivers are still young," he explained. 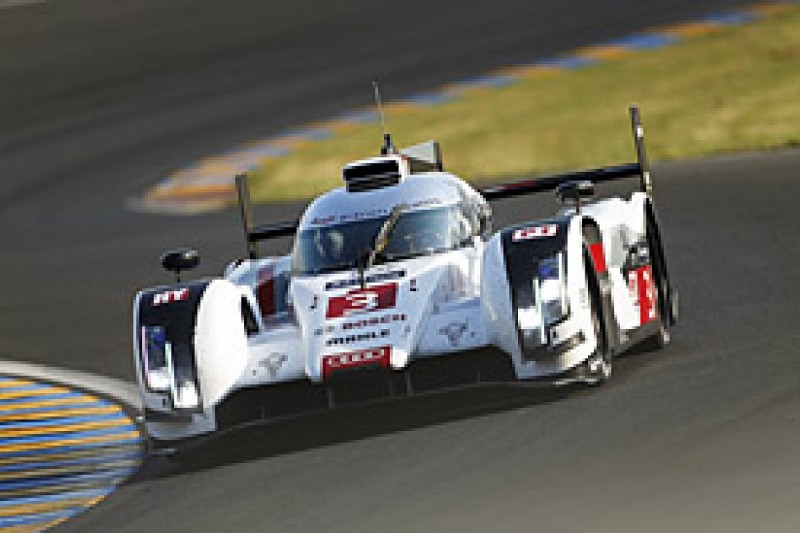 Jarvis will not continue to race in Super GT in 2015.

Audi Sport boss Wolfgang Ullrich stated that Jarvis was the obvious candidate to promote from the third Audi because of his greater experience than 2014 team-mates Marco Bonanomi and Filipe Albuquerque.

"Overall, we think that Olly is the most complete driver for what we want to do because he has more experience, but any of the three could have done it," he said.

Ullrich said that Rene Rast's ability to prove himself in a prototype at Le Mans with a fourth-place finish in LMP2 with the Sebastien Loeb ORECA-Nissan was crucial in his promotion from Audi's GT roster to take Jarvis's place in the third LMP1.

He was subsequently given a test in an R18 at an undisclosed track early this month before the decision was made to bring him into the prototype programme.