The opening nine races of the 2020 season have been either cancelled or postponed due to the coronavirus pandemic, though F1 boss Chase Carey recently stated the series was aiming for campaign of 15-18 races later in the year.

However, with racing suspended until at least the end of June, there is a big risk of an extremely condensed calendar.

While F1 chiefs have done a lot of help reduce team expenditure, including delaying the 2021 rules revamp, Alfa boss Fred Vasseur is mindful that a congested schedule could make things hard for some outfits.

Reflecting on the challenges that lay ahead, he told Autosport. "If you want to do more races in a row, it is more expensive.

"This will be very costly.

"And by the way, we will not be able to face this kind of situation and develop the new car.

Vasseur says one way of helping ease any strain on teams would be to have two-day race weekends rather than the normal three days of action.

"I will be in favour of all the decisions that could help to have as many races as we can," he said. 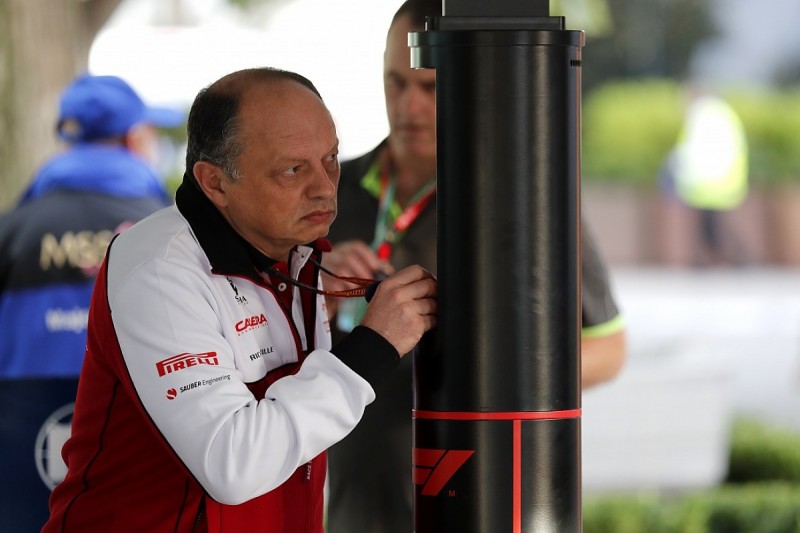 "I'm sure that if we have three races in a row as we had [in 2018], at one stage it could make sense to have two-day events.

"Also because of the workload to do between 15 and 18 races within six months, for sure it's a challenge.

"It's a challenge for all the teams.

"Probably more for the small teams because we don't have a big team to rotate the mechanics and so on.

"We have to find a solution to reduce their workload also.

"I think everybody is being flexible on this. Everybody understands the situation and the fact that it's crucial to find solutions."

Vasseur says that the move to delay the 2021 rules change was critical for giving smaller teams the chance to survive.

"I think honestly this was the best decision that we could take, that we postpone the 2021 regulations to 2022 and to stop the development of the '21 car for 2020," he explained.

"This is by far the best option on the table and it's the only way for us to be able to afford this kind of situation."