The 2013 champion left his family-run Eurotech Racing outfit to return to Triple Eight, with which he contested the 2009 season in a Vauxhall Vectra, where he will spearhead a two-car assault for the team after signing a one-year deal.

Red Bull-backed Jordan, 25, has spent six of his seven seasons in the BTCC under the wing of Eurotech boss and father Mike Jordan, picking up 14 victories and all but four of his 43 podium finishes.

Jordan endured a tough 2014 season that unravelled with difficult weekends at Oulton Park, Snetterton and Knockhill, and said a change was needed if he was going to be able to regain the form that won him the 2013 crown ahead of the factory Hondas and his MG predecessor Jason Plato.

"For me it's a new challenge and motivation," Jordan told AUTOSPORT. "It all just feels very fresh, which really excites me.

"I've been there [Eurotech] the whole time bar 2009 and had some great times - winning the BTCC in 2013 is the best time I've had in racing - but the time was right to move away.

"I'm going to have to dig deep and lead the team in a different way. I was in my second year [when he joined in 2009] and way too inexperienced to go into that role.

"I always said I'd love to go back to that scenario and I'm a very different driver now."

Triple Eight boss Ian Harrison called Jordan "the obvious choice" to replace Plato, who leaves the team and MG after three seasons that yielded 20 wins but no drivers' title.

Jordan said he would not be using unfamiliarity with the team or car as an excuse as he bids to land the crown that eluded his predecessor. 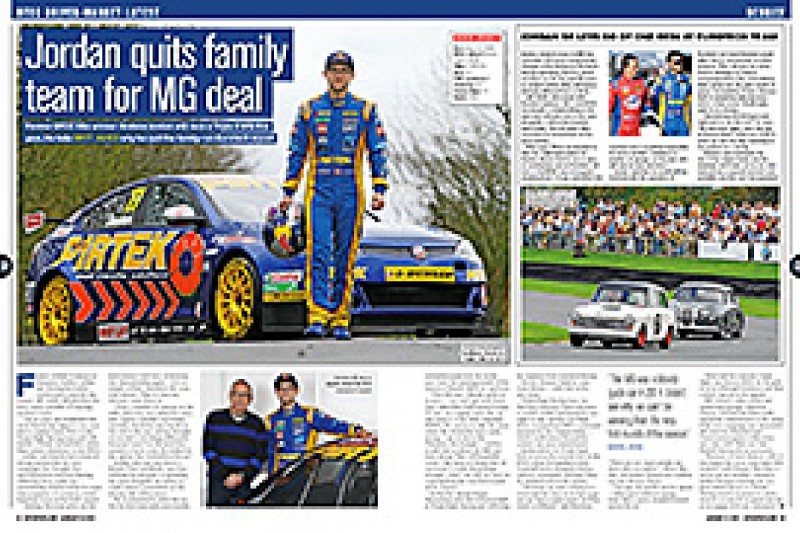 "I'm excited to work with the team and see if we can make gains in certain areas, turn the weaker circuits into strong ones," he added.

"It all comes down to the little gains and attention to detail.

"There's a programme to start testing in February. It's a FWD touring car, which I've been driving for seven years. The same principles apply.

"My aim is to go and put it on pole at Brands. That would be a huge statement."

For more on Jordan's Triple Eight switch, including what it means for the family Eurotech Racing outfit, read this week's AUTOSPORT, available on Thursday.