Kalle Rovanpera stamped his authority on Rally Estonia with a series of stunning morning loop stage times to open up a comfortable lead over Hyundai’s Craig Breen.

Gunning for a maiden WRC win, the Toyota driver was simply untouchable at times as he made light work of a run of brand new stages.

Extra work on pace notes paid off as Rovanpera blitzed the field in the opening test to record a memorable stage win. The 20-year-old went on to more than treble his overnight rally advantage over the impressive mistake free Breen from 8.5s to a commanding 35.7s.

“I put all I had at this moment in the first stage this morning and Kalle did an incredible job,” said Breen. “I just need to keep there now. For two part-timers, we're doing alright.”

Ott Tanak delighted home supporters by winning three of the four stages as he returned from yesterday’s retirement under restart rules, but the Estonian was well adrift of the top 10.

Rovanpera produced the drive of the rally to date in the first morning stage which was a brand new forest test for the event, the longest of the weekend at 23.53kms.

The returning Tanak put down a hugely impressive benchmark as he returned to action after retiring on stage 3 yesterday, but it was smashed by Rovanpera to the tune of 10.7s.

"It was a proper wake-up call this morning. The most difficult stage of the rally. I was trying to do my job - it didn't feel anything special,” said Rovanpera. 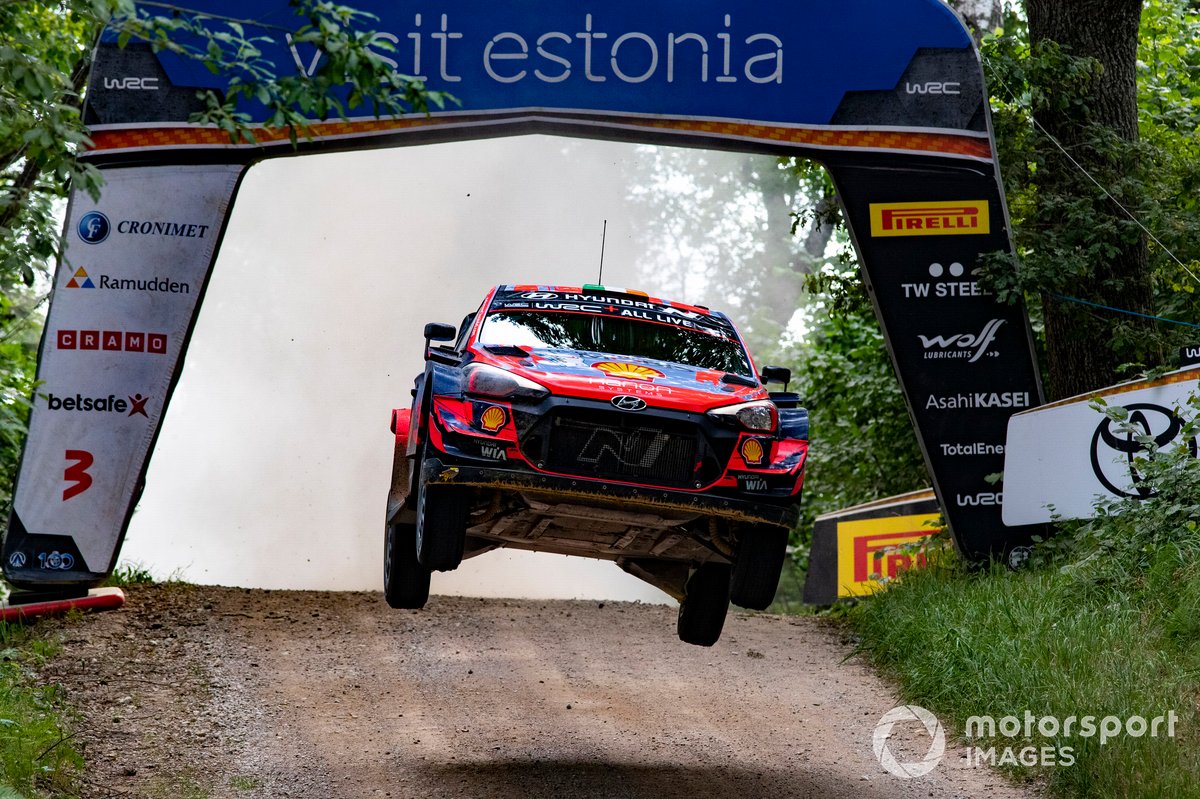 Ogier managed to pull a second back from third-placed Neuville but the pair were left more than a minute adrift of the lead thanks to Rovanpera’s scintillating speed.

Evans was sixth fastest on the stage and in touch with his rivals for the final podium spot ahead of the M-Sport pair of Gus Greensmith, back after an engine issue yesterday, and Teemu Suninen, who suffered a spin in the stage.

Tanak highlighted what could have been on stage 11 as he won the test, his first victory since yesterday’s opening stage before retirement ensued.

The Hyundai driver managed to edge the rapid Rovanpera by 0.3s, who again took time out of rival Breen to further extend his lead.

Breen was only 3.1s adrift of Tanak but slipped to almost half a minute behind rally leader Rovanpera.

Evans clawed back some valuable time on Neuville and Ogier in the battle for the final podium spot.

After checking in late to the stage for a more favourable road position, Tanak threw caution to the win and was rewarded with another stage win on the fast and flowing Raanitsa test.

However, more importantly Rovanpera was able to match the Hyundai finishing 0.4s adrift but 10.4s ahead of Breen to further extend his lead.

Tanak completed a hat-trick of Saturday stage wins on the final test of the morning after edging Ogier by a second as the seven-time champion closed the gap to Neuville in third overall down to 4.5s.

Breen did manage to beat Rovanpera for the first time today but could only take 0.3 out of his rival who starred throughout the morning loop.

In WRC2, Andreas Mikkelsen leads Mads Ostberg by 21.5s, who overhauled Nikolay Gryazin, before the Russian suffered a violent roll which red flagged the final stage.

The field will face a further five stages this afternoon to complete what is the longest day of the rally.