Miller, who partnered Crutchlow at LCR Honda in his rookie MotoGP season in 2015, put a year-old Ducati second on the grid for Sunday's race at Misano.

The 23-year-old Australian will switch to a current-spec Pramac-run Ducati next year, and has his eyes set on getting into the works team.

Crutchlow reckons Miller is as talented as anybody on the premier-class grid, but hinted he needs to be more committed to make the next step.

"He's riding well, he's a good rider," Crutchlow said. "Within three years I think Jack can win the world title, if he's clever enough and does the right thing.

"He's talented enough on a motorcycle. I don't think there's anybody in the championship as talented as him.

"But you have to live the full life to win a world title. Sometimes he lives a life, but not the life for a world title, you know?"

Miller has had a largely positive first campaign with Pramac Ducati, and Crutchlow reckons he is benefitting from riding a more "neutral" bike than the Honda he had at his disposal previously.

"He knows how to ride a bike, he's not stupid," Crutchlow said.

"You have to really look, but he's on a very good, neutral bike that does everything now. And that's one of the keys, to have a bike that's easy to ride." 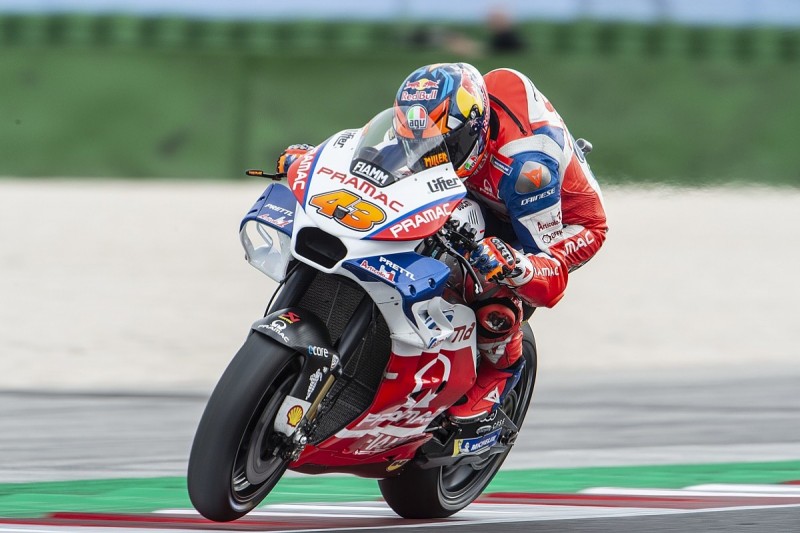 The Misano front row marked an upturn after what Miller himself dubbed "a low point", as he scored just one top-10 finish in the six previous races - compared to five top-10 finishes in the first five of the year.

"I think he has a good shot tomorrow to make a good race," Crutchlow said.

"I don't know why he's suddenly started to go faster, but he's going better than what he has been.

"In some races this year he's really struggled. Now he looks in good shape again."

Miller, who was "as shocked as anyone" by his second place in qualifying, said he was not sure why his fortunes suddenly improved.

"I couldn't tell you," he said. "I don't know, I just feel good, I'm in a good moment again with the bike, we're not adjusting much - just really small clicks.

"I think I just sort of took a step back and reset everything, and said 'OK, let's go again'.

"And it's been great since we arrived at Silverstone on Friday, it's been awesome to ride the bike.

"Even with the two crashes here [in practice], it's still been pretty comfortable."