Yamaha's new recruit has maintained his imposing testing form - when he topped all four official winter sessions - into the first round of the 2017 season at the Losail circuit.

Vinales has been fastest in two of the three sessions, sitting 0.532 seconds clear of the pack on combined times from the first two days.

Marquez is third in the overall order, as he continues to work with Honda's revamped engine, but believes even staying with Vinales in Sunday's race would be a challenge, such is his advantage.

"If I can get away with him it will already be a good result," Marquez said.

"We have some things to improve, and we will see what are the conditions, but at the moment, honestly, it looks like Maverick is one step in front of everybody.

"But we must find the way to finish on the podium."

Suzuki's Andrea Iannone, who is second in the combined order after a late effort on Friday evening, echoed Marquez's sentiments, saying Vinales was "another story".

Vinales's Yamaha team-mate Valentino Rossi scraped into the last of the guaranteed Q2 positions with 10th overall, 1.098s off the ultimate pace.

Rossi lost time during third practice on Friday evening with a sensor issue that required a change of rear suspension, but admitted his pace was "nothing fantastic" so far.

"The other riders are similar, so if we are able to find the right way to be more comfortable on [corner] entry, and to have a better pace and more constant, we are not too far." 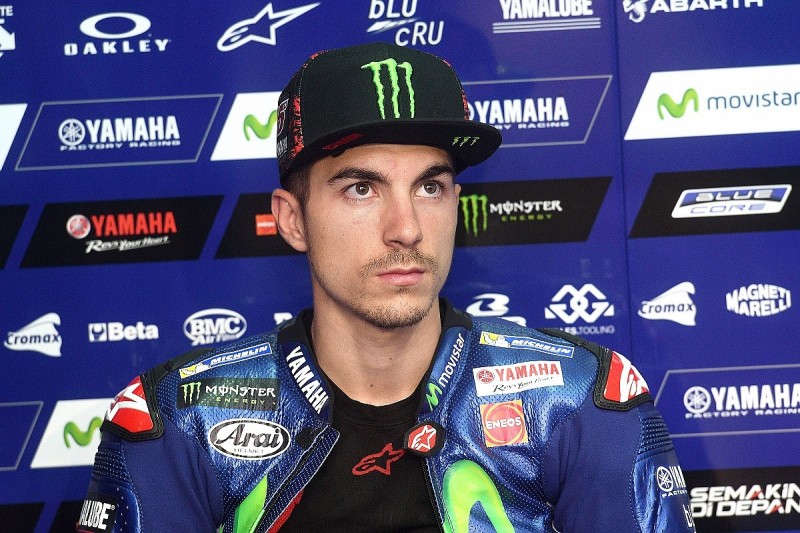 A fall early in Friday's opening session was just Vinales's second crash on an M1, following one in a private test at Sepang last November.

It came just after he passed Rossi on track, having reeled him in over the course of his first run, when he overshot Turn 4 and ran "totally off line".

"I braked late, said 'OK, go to the corner anyway' and I went and it wasn't possible," Vinales said.

"I was on much more angle and outside of the line. It was completely my mistake.

"When I crashed, I said, 'you knew you were going to crash and you did that'."