Jaguar is developing a GT racer in-house for the first time in more than 50 years.

A project has began to turn the F-type sportscar into a contender for the GT4 category at the British manufacturer's Special Vehicle Operations unit in Warwickshire.

It will be the first GT racing car developed in-house by Jaguar since the E-type lightweights of the early 1960s were built in the same Browns Lane facility in Coventry that had been responsible for the Le Mans 24 Hours-winning C-types and D-types of the 1950s.

Jaguar, which made a return to international motorsport last year in Formula E, is refusing to comment on a project that is being funded by a private individual.

A spokesman told Autosport: "We have a lot of requests for special projects at SVO, but details of them remain confidential between the customer and Jaguar."

Humphrys is moving over from Aston Martin after completing a third stint with the company, during which he worked with Formula 1 design legend Adrian Newey on the Valkyrie hypercar launched at the Geneva motor show last week.

He previously worked for Bentley and schemed the Continental GT3 racer with which it made its racing return at the end of 2013.

Funding is believed to come from James Holder, one of the founders of the Superdry clothing brand.

He started racing last year and contested selected rounds of the British GT4 Championship and the GT4 European Series at the wheel of an Aston Martin Vantage GT4.

He raced under the Generation AMR SuperRacing banner in a team run by David Appleby Engineering, which has denied any knowledge of the Jaguar project.

Holder is believed to have commissioned three cars from Jaguar, with a race debut scheduled in the later rounds of the GT4 European Series run by the Stephane Ratel Organisation.

It remains unclear at this stage whether the F-type GT4 racer will be based on the V6 or V8 version of the car.

The GT4 programme is expected to link up with Prince Harry's Invictus Games Foundation charity for injured servicemen, of which Jaguar Land Rover is a sponsor. 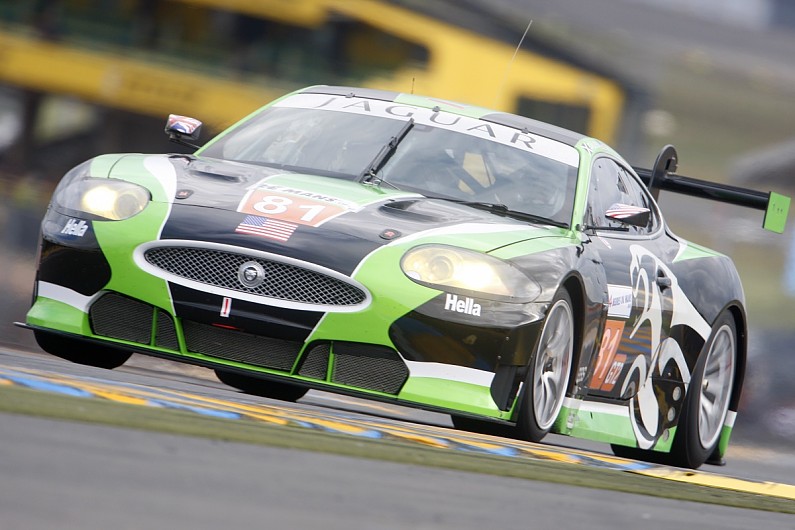 The F-type GT4 will be the first official Jaguar GT racing car since Paul Gentilozzi's RSR team developed the XKR to GT2 regulations with funding from the factory.

The car, unveiled at the end of 2009, raced in the GT class of the American Le Mans Series in 2010-11 with little success and made a disastrous one-off Le Mans assault in 2010.

SVO produces the uprated SVR versions of Jaguar models and developed the Project 7 convertible inspired by the D-type, as well as producing bespoke cars for customers.

This isn't the full factory Jaguar return to sportscar racing of which so many of us have dreamed for so long, but there's a lovely symbolism to the marque producing a car in-house in the spirit of a line of Le Mans winners of the 1950s.

It matters not that the car is aimed at the lower leagues of international sportscar racing. This is a great story for those with a keen knowledge of Jaguar's racing heritage.

The hope must be that the GT4 programme whets the appetite at Jaguar for some kind of sportscar campaign at a higher level. It came close to giving the green light to a GT3 project more than four years ago, and with a designer of the likes of Humphrys inside the company, it has at least some of the tools to take the next step.