Toro Rosso should be beating Force India and Williams next year with aim of finishing fifth in the Formula 1 constructors' championship, says Carlos Sainz Jr

The Italian team started the 2016 season strongly, but the downside of using Ferrari's end-of-'15 engine hurt its form sooner than expected.

It ended the season seventh in the standings, seven points adrift of McLaren, 75 behind Williams and 110 off the pace of Force India, the latter two Mercedes customers.

But Toro Rosso has had a strong chassis for the past two seasons and will ditch Ferrari power for up-to-date Renault units next term.

As a result, Sainz is confident Toro Rosso can move up the grid, especially given the major changes to the aerodynamic regulations.

"It will depend on how right we get it in pre-season and the philosophy of the car we are targeting to have," Sainz told Autosport.

"The team has been developing the car since 2015 so I'm confident they're doing a good job enough.

"But when there's a new regulation, sometimes you depend a bit on luck to know if the philosophy of the team has got it right.

"If we have a strong chassis as we had the last two years, then with the power unit of Renault we should be looking to be in the place Force India and Williams have been this year.

"I really target to be in the top five or six in the constructors' championship, knowing McLaren will be stronger and there will be five manufacturer teams.

"It will mean beating established manufacturer teams so it will not be easy, but I trust in our team because they've produced a chassis lately that is in the top five." 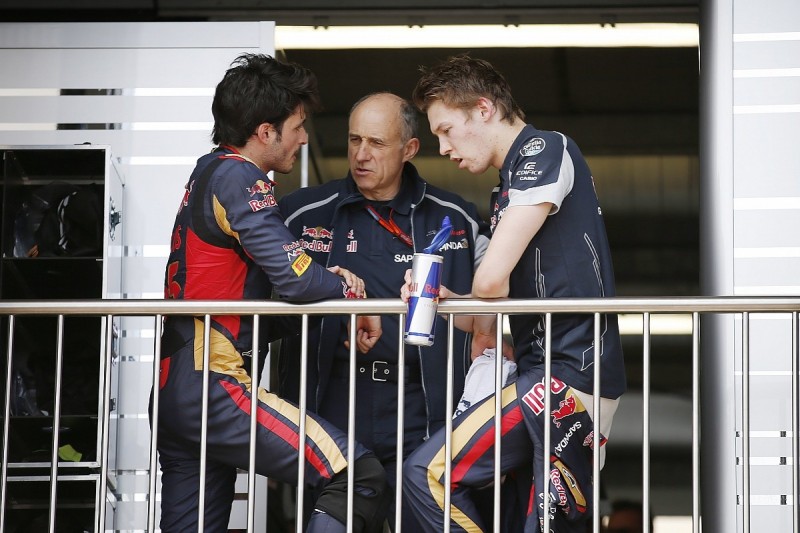 Toro Rosso chief Franz Tost believes his team would have fought Williams and Force India harder in 2016 with a better engine and is also setting a target of fifth next year, with Daniil Kvyat staying on to partner Sainz.

"I'm convinced that we would fight successfully against Force India and against Williams [if we had the best engine]," he told Autosport.

"I don't know where we would be against Mercedes, Ferrari and Red Bull as they are in another league.

"But Force India and Williams would have some hard times with us.

"We want to be next year and the year after, fifth place in the constructors championship.

"It's really difficult to assume currently where you could be because everything is so new next year - but we must do a good performance."