Daniel Ricciardo says there is a "night and day" difference in the way his Red Bull Formula 1 car behaves at the Malaysian Grand Prix, thanks to improvements from Renault

After a troubled season opener in Australia, Ricciardo claims that a dramatic step forward in driveability has transformed his car's potential.

That improvement was key to helping him qualify fourth at Sepang in the rain-hit session on Saturday.

"I guess it's always a little bit more tricky in the wet, but I can't really complain," said Ricciardo.

"I think from where we are now compared to Melbourne it is night and day different.

"It's still not perfect but we've made the best step we can ask for in a two-week period.

"If we can keep building on that then I think we're going to be looking good in the not too distant future."

Ricciardo felt that the changes - which involved reverting to settings from testing - helped him maximise the performance of the car as he joined Nico Rosberg's Mercedes on row two of the grid.

"I think in Melbourne it was costing us a fair chunk, in terms of laptime. Not a second, but a fair bit.

"I think it's lot closer here so we're not talking the big stuff anymore.

"It wouldn't have put us any higher on the grid. I think Rosberg was still over a second in front so that was too much of a gap.

"For sure we can keep improving it, but for now we've got to be pretty happy with the steps that we've made." 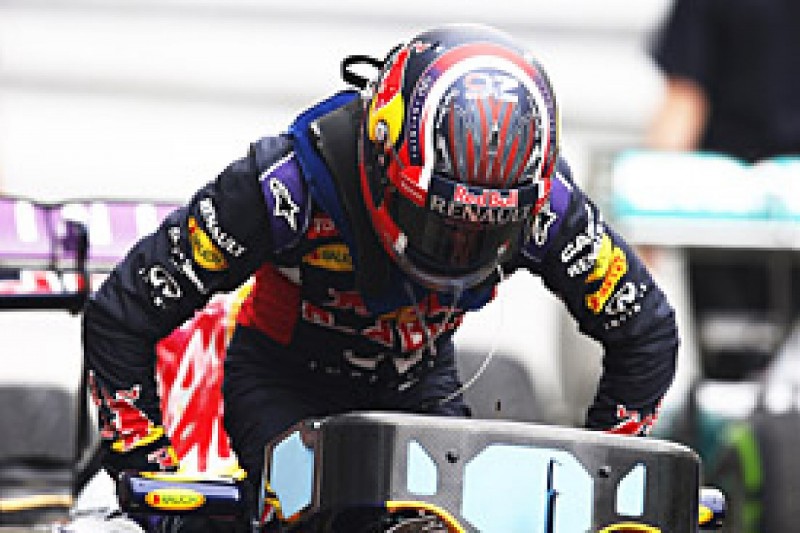 Team-mate Daniil Kvyat, who qualified fifth, was equally happy with the way Renault had cured the driveability problems.

"To be honest it Melbourne it couldn't be any worse," he said.

"We kind of got ahead of it so I must say Renault did a very sensible step in the right direction.

"There are plenty of steps to be made still but I think generally, mainly the right steps have been made."

Kvyat felt his own result was affected by a timing miscue in the changing Q3 weather.

"I think as a team we got more or less everything out of it, in terms of our starting positions," he said.

"But in my case I [was] sent out a little bit early which didn't help to extract everything out of the tyre so probably there was a bit more potential.

"But nevertheless it's a good starting place for tomorrow for the race."