The Argentine was fastest in the opening Q1 session, Monteiro was quickest in Q2 at his home circuit, before Guerreri emerged on top from the Q3 top-five shootout. The trio of Honda Civic Type R TCRs were separated by just 0.249s.

“I’m really happy for the whole team,” said Guerrieri. “The Honda cars are really strong here and we managed a good qualifying. In the hot conditions it was not easy, you can overcook the tyres easily. We were very close and Jean-Karl [Vernay] was right there too. Now we have to finish the job tomorrow.”

WTCR points leader Vernay was the only non-Honda driver to break into Q3 and beat Attila Tassi to fourth in his Engstler Hyundai Elantra N TCR. “It was a good lap,” said the Frenchman. “I was 100% on the limit and took some risks, and the tyre management is difficult for the final sector when you do that. I overdrove a bit. But we’re in the game.”

Gabriele Tarquini claimed pole position for the reverse-grid race one by improving on his final lap in Q2 and moved up to 10th in the session, bumping fellow Hyundai driver Luca Engstler down to 11th, which is where the German will start both races on Sunday.

“I tried my best and the car was far away,” said Tarquini on his bid to make Q3. “We made a change on the set-up for the last run because it had probably not been my best choice and we found a bit in the end. It was a good lap. It’s a shame for Luca because we wanted four Hyundais in the top 10, but this is racing.” 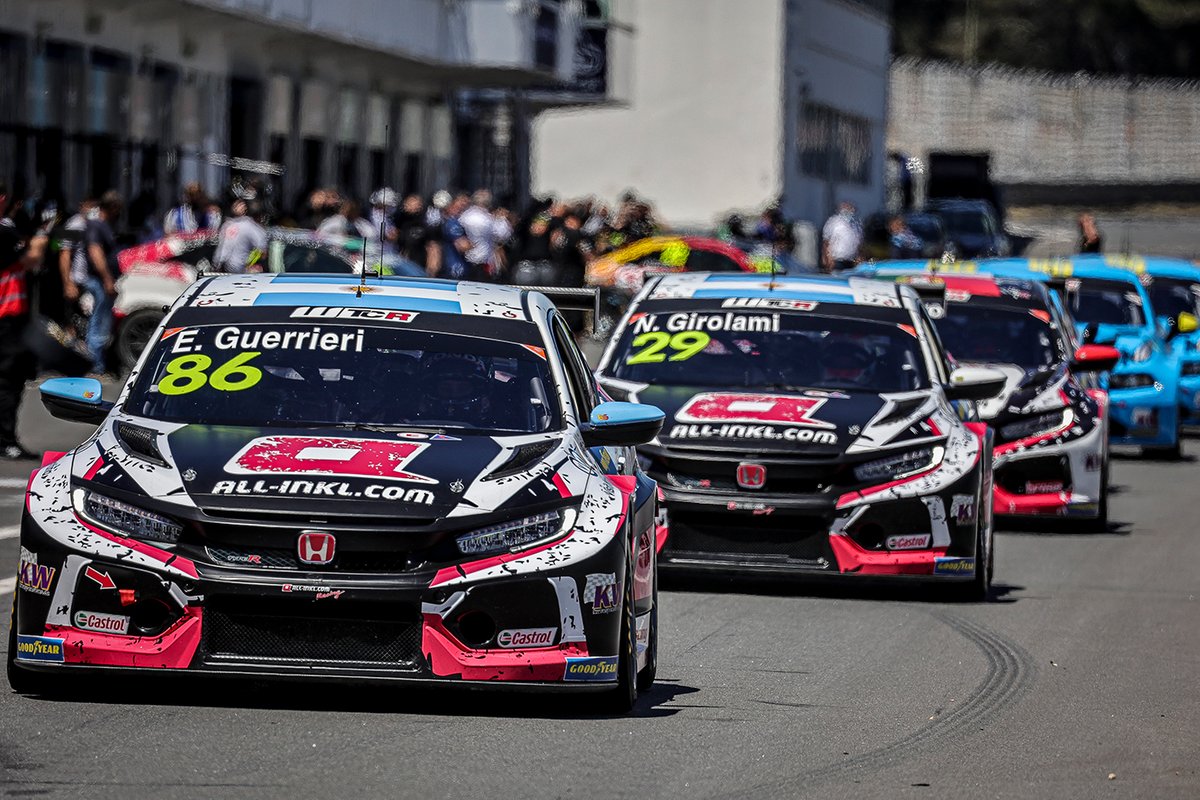 The veteran Italian will be joined on the front row by reigning champion Yann Ehrlacher, who was ninth fastest in the Q2 session behind Cyan Lynk & Co team-mates Santiago Urrutia and his uncle Yvan Muller.

Urrutia and the fourth Lynk & Co driven by Thed Bjork had earlier topped the pair of free practice sessions, on a weekend when parent company Geely has publicly criticised the WTCR’s Balance of Performance management. The qualifying result leaves three of the Chinese cars lining up in the front two rows for Race 1.