Under the current system, teams are limited to two points-scoring drivers and any additional cars are entered as separate operations.

For instance though Sebastien Ogier, Jari-Matti Latvala and Andreas Mikkelsen all drive for the same factory Volkswagen team, Mikkelsen is entered under the Volkswagen Motorsport II banner and his points do not count for the main VW squad's manufacturers' tally.

Similarly Hyundai's third and fourth entries are fielded as Hyundai Motorsport N, and it shuffles its drivers between its two 'teams' subject to form and event specialism.

This system was in place until 2004, but was dropped amid discord over top teams' approaches to it.

Three-time manufacturers' champion Peugeot rotated its drivers and drafted in specialists such as Gilles Panizzi for asphalt and Harri Rovanpera on gravel, while Citroen fielded a three-car 'superteam' of Sebastien Loeb, Carlos Sainz and Colin McRae, with asphalt expert Philippe Bugalski also brought in for relevant rallies.

VW boss Jost Capito fears problems will arise again if the rules change back, claiming his team would not have taken a chance on Mikkelsen if it had to rely on him in the manufacturers' title race.

"There were reasons why this was taken away and there is nothing wrong now," Capito told Autosport.

"You will never get a young driver coming through with this rule.

"You will need consistency from your three good drivers and you will need your specialists.

"The old guys will come out of nowhere.

"What we did with Andreas, bringing him on as a young driver, would not have happened with this regulation."

"It will make all of the manufacturers run three cars.

FIA rally director Jarmo Mahonen said the change would be more for administrative convenience as he feels the existence of the VW II and Hyundai N teams is confusing for fans.

"Now we have two factory teams running like this," he said.

"This makes life a little bit more confusing for people watching the sport when they see precisely the same car but it's in a different team." 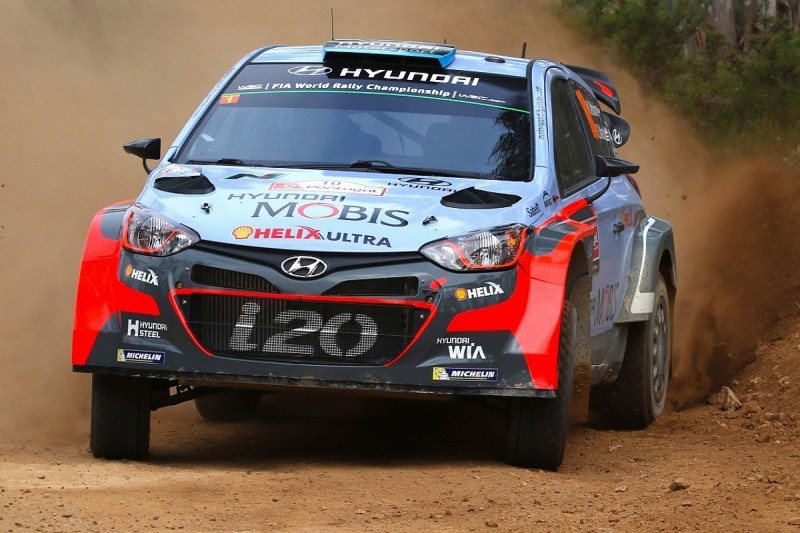