Rally Germany: Tanak still ahead as Mikkelsen cuts his advantage

Ott Tanak protected his lead over Andreas Mikkelsen on the first loop of Rally Germany's final day, as Sebastien Ogier lost touch with the leaders in third

Although Citroen driver Mikkelsen went faster than Tanak's M-Sport Ford on both early Sunday stages and declared he wanted to keep the pressure on, he was only able to reduce the gap from 21.4 seconds to 18s.

But Mikkelsen (pictured below) did manage to drop Ogier, extending that gap from 8.2s to 19.3s as the world champion admitted he did not have enough confidence in his car to go flat-out with points at stake. 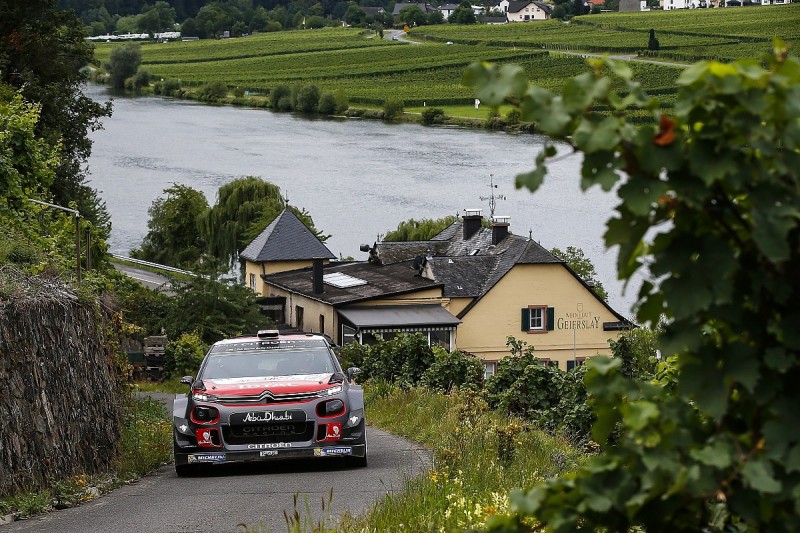 Neuville is focused on salvaging maximum bonus points from the powerstage, but he was only sixth quickest on the first running of the St Wendeler Land stage where the extra score will be awarded later on.

Elfyn Evans overshot a junction on the day's opener, which allowed stage pacesetter Juho Hanninen to move up to fourth.

Evans is now fifth, but coming under pressure from Craig Breen, who is 7.1s behind.

Esapekka Lappi, running under Rally2 since crashing on Friday, was fastest on the first running of the powerstage route.