Valentino Rossi suggested MotoGP rookie Johann Zarco 'does not understand' how to overtake cleanly, after their latest coming together during the Dutch TT on Sunday

Having taken pole in the wet on Saturday, Tech3 Yamaha rider Zarco led the first 11 laps of the dry race before being passed by Rossi's works machine.

Zarco tried to retaliate immediately, ducking up the inside of Rossi at the long Turn 3/Turn 4 right-hander, but succeeded only in clipping the rear of Rossi's bike with his front and dropping back.

The pair had previously come together at Austin in April, when Rossi received a penalty for corner-cutting after their incident.

"I start to think he's not a bad guy, he just doesn't understand the size between one bike to the other," said Rossi, who went on to win the race.

"When you overtake another you have to calculate also that the other one cannot disappear."

Zarco said he was just trying to take advantage of Rossi running slightly wide as he completed his pass.

"He went a little bit wide twice, so I immediately took the opportunity," explained Zarco.

"I wanted to keep leading because it would be better for me to keep the pace, being the leader.

"I really tried to keep the corner speed inside, but his corner speed was quite good so we were both on the right side - I am on his right with my head totally to the right.

"I cannot see, I just take the decision and I wait [to see] if we will have contact or not." 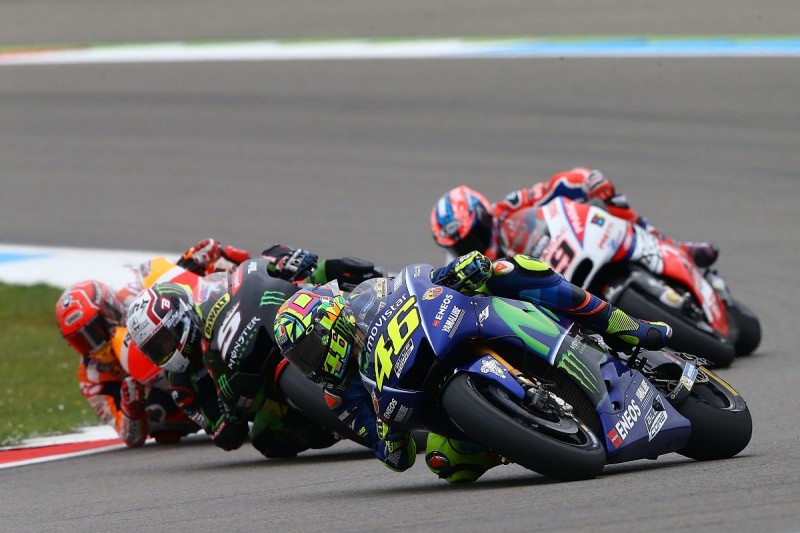 Zarco admitted he then went "from hero to zero" when he pitted for wets as what turned out to be a mild rain shower it.

He also received a pitlane speeding penalty and finished 14th.

"When it began to rain, I was really scared with the slick tyres," Zarco explained.

"We were already on the limit when it's dry so you can imagine when it's a little bit wet you can crash and I didn't want to take this risk.

"If it was raining more then I could be a god, but finally [I went] from hero to zero."

He said he was influenced by Assen's reputation for changing weather and the downpour that hit the morning warm-up.

"When the marshal was putting out the flag about the rain, I was thinking, 'Dutch marshals, they know the weather too'," said Zarco.

He doubted he would have held on at the front even if it had stayed dry.

"My two negative points on the track were too important to fight for victory," he admitted.

"It's on fast changing direction. It is very specific things on this track, even in Moto2 I had some problems and it's my style that makes that thing difficult." 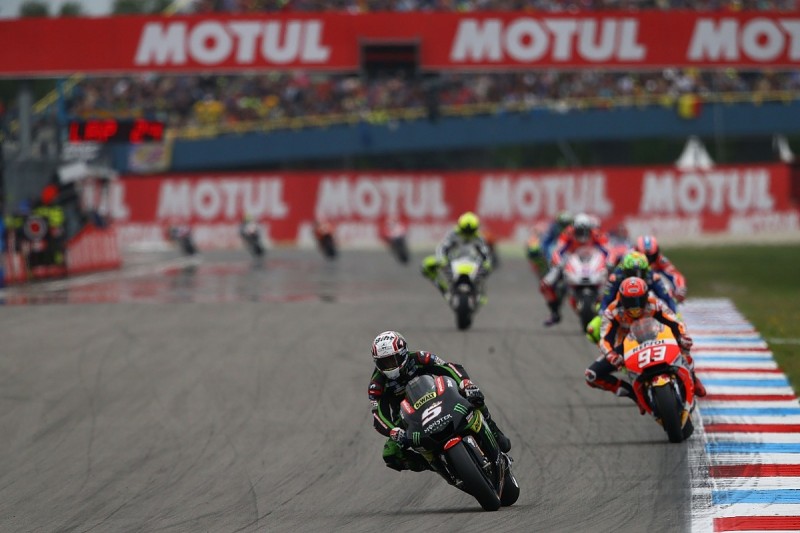 'Very slow' Jorge Lorenzo had 'nothing to lose' with Assen pitstop