De Angelis remains in intensive care in Dokkyo Hospital in Mibu in Japan, having sustaining head, lung, rib and spinal injuries when his Ioda Aprilia hit an unprotected guardrail on the exit of Turn 9 in fourth practice for last weekend's Japanese Grand Prix.

Valentino Rossi admitted de Angelis had crashed in an unusual spot, but said the proximity of the barriers to the track was still a concern.

"Alex crashed in a place where it is very difficult to expect a hard crash," he said.

"He want to the inside on the exit of a corner. Usually we are concerned with the outside.

"With this type of bike and this amount of power, sometimes it is difficult to understand where the bike will go.

"Motegi's guardrails are very close. Where Pol Espargaro crashed [in the race] was also very dangerous.

"Tomorrow we will speak with the other riders. In a normal way, Motegi is quite safe but there are some points that can be dangerous."

"For us it's impossible to have a completely, 100 per cent safe track. We need four times the space," he said.

"There is always a margin to improve. Where de Angelis crashed, there are a lot of points like this at every track."

Ioda will race in this weekend's Australian Grand Prix at Phillip Island with home rider Damian Cudlin standing in for de Angelis.

The 31-year-old, who normally compete in Germany's domestic Superbike series, has made a handful of MotoGP appearances with Pramac, Aspar and Paul Bird Motorsport in recent years.

"First and foremost, I want to wish Alex de Angelis a full and speedy recovery from his injuries," said Cudlin, who will stay on for next weekend's Sepang race too.

"It was a nice surprise for me to receive an offer from Ioda, although, if I'm honest, I was a bit hesitant to replace Alex under these circumstances.

"But after hearing the positive news of Alex's recovery progress, we agreed to do it and I couldn't be more excited to be riding in MotoGP again."

The latest MotoGP medical bulletin on de Angelis said his condition had continued to improve through Thursday, with his lungs now the focus of attention.

"The rider is deemed to be in a stable condition, awake and oriented and he was pleased to catch up with his father and brother."

Doctors are confident his intracranial hematoma will heal and no surgery is planned for his spinal fractures.

Instead he will be required to wear a back brace for a period once released from hospital. 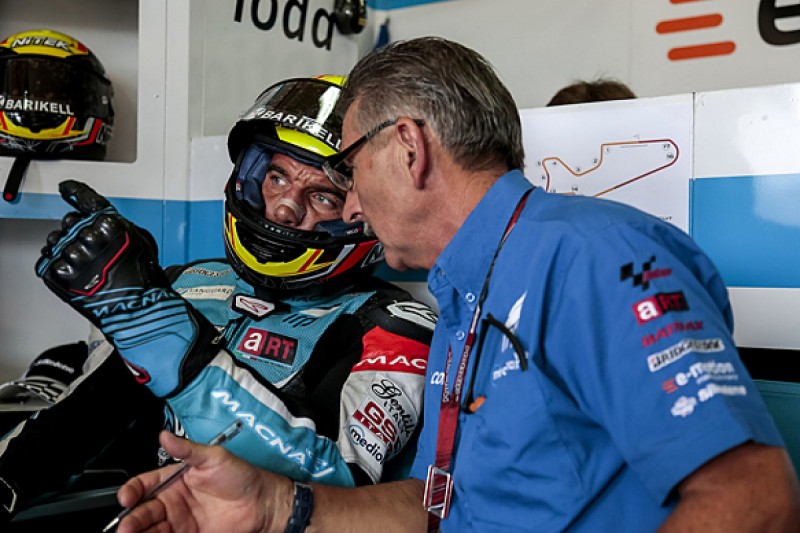