Lorenzo has won the last two grands prix at Silverstone and Misano, but in doing so has only taken 10 points out of Marquez, who has finished second on both occasions.

Marquez's current 34-point advantage means that he could seal a historic rookie crown even if Lorenzo wins all of the remaining five races.

Despite that dynamic Lorenzo insists he will keep pushing until the final race in the hope of successfully defending his 2012 title.

"If we want to win the championship we have to win races, that's the only thing we can do," he said.

"Marc is really strong, always first or second, so he is really hard to beat but we have to keep trying."

Lorenzo admitted he has been the architect of his own struggles after mistakes at Assen and the Sachsenring left him needing two bouts of surgery on a heavily injured collarbone.

"I made a mistake in Assen and the Sachsenring; it was my own fault and I am paying for it," said Lorenzo, who was 23 points ahead of Marquez before his injury run.

"The past is the past, we cannot change it, so we have to look to the future, try and improve the bike and win the remaining grands prix." 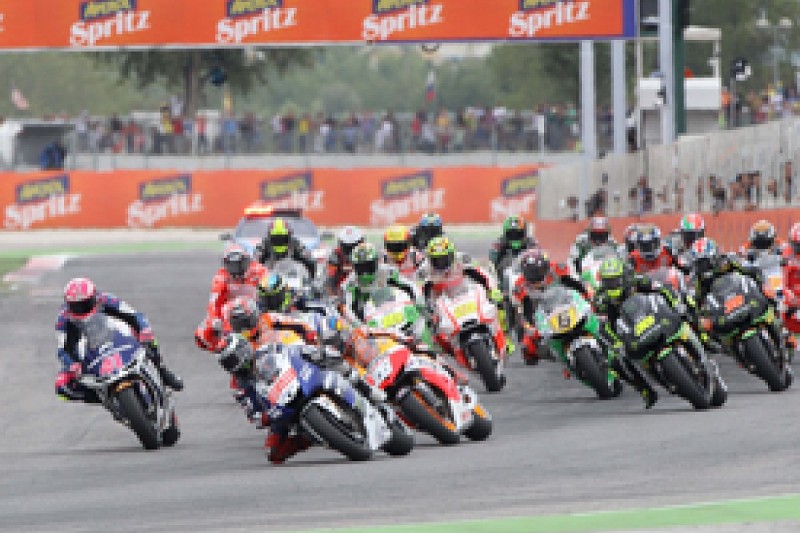 Lorenzo added that Yamaha's long-awaited introduction of its seamless shift gearbox was a major addition to his weaponry.

"I was really happy from the first time I used it [the gearbox]; I could feel the advantage but I was a little upset because we couldn't put the rest of the things on the bike together in the right direction to be competitive," he said.

"Finally when we got a better bike I could make the difference.

"I am very happy to have it: for Aragon with many slow corners I think we have good potential."

Marc Marquez not rattled by Yamaha and Jorge Lorenzo's progress