Petrucci was leaving the pits during the third practice session when he hit Espargaro's Tech3 Yamaha, Espargaro having lost control of his bike at Turn 2.

The Italian rider landed on the asphalt with his right shoulder and then the back of his helmet.

He was up instantly and while he says he did not lose consciousness, Petrucci did not know where he was, and has a memory blank spanning "some hours" that has started to clear up.

"The problem is that I don't remember at all," he told BT Sport.

"I was going out of the pits and when I was looking at who was coming from the track, I saw Pol's bike coming and then [it was] a big crash.

"At that moment I was conscious, but I did not remember where I was and I said 'look, I'm OK, I'm standing and my bones are altogether'.

"I did six laps this morning and I did not remember I think, four-and-a-half of them.

"So I'm quite sad of this [but otherwise] everything is good in my head."

Petrucci visited the trackside clinica mobile after the session and then contested the fourth practice session and both phases of qualifying.

He ultimately qualified ninth, one spot ahead of team-mate Scott Redding, but feeling "very tired", was due to see doctors again on Saturday evening and then Sunday morning.

"I'm happy that everything is good - I hope so - and I hope to sleep some hours tonight and tomorrow wake up better," he said.

"At the moment I am starting to remember some things but I have some hours, some minutes that I don't remember so I hope I am well connected tomorrow." 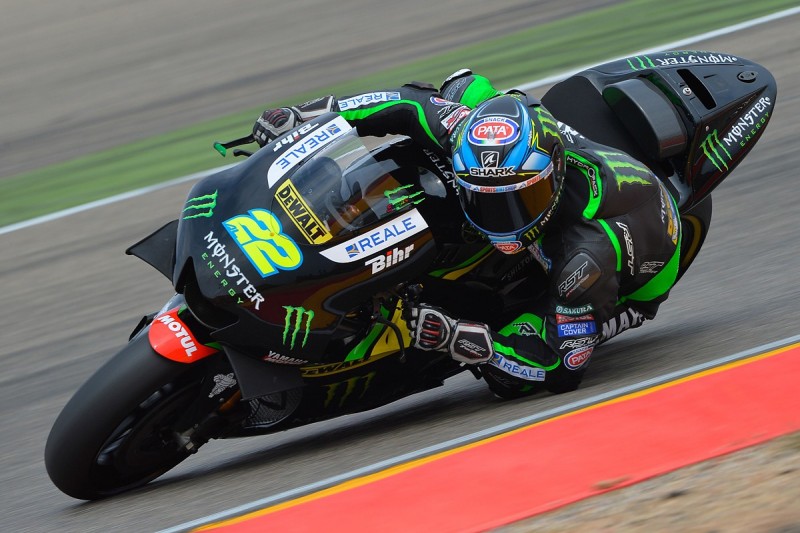 Espargaro's temporary Tech3 team-mate Alex Lowes - standing in for the injured Bradley Smith - missed qualifying after his own accident on Saturday morning.

Lowes had a highside at Turn 16 on an outlap, and has significant swelling in his left foot and pain in his lower back and left wrist.

A decision will be made on whether he races on Sunday morning, but Lowes' priority is the next round of his regular World Superbike Championship campaign, coming up next weekend at Magny-Cours.

"I feel very lucky, it's probably one of the biggest crashes I've had in my life," he said.

"I've got a lot of swelling on my foot, I can't move it at the minute, and [there's] some very bad pain in the bottom of my back.

"I've had x-rays and nothing's broken, but I'm really stiff.

"We'll see what happens for tomorrow. I'm paid to ride next week for the World Superbikes, so it's more important that I try to get fit and good for them."