Dani Pedrosa says going back to basics with an older specification of his Honda MotoGP bike has helped him feel "less unhappy" with it and improve his form over recent events, rather than gains coming from new parts

San Marino Grand Prix winner Pedrosa has been one of the riders hardest hit by the 2016 change to Michelin tyres, compounding Honda's acceleration woes.

Pedrosa cites the post-Czech GP test at Brno last month as the key session in helping revive his campaign, while the findings have extended to ditching the in-fashion fairing winglets.

"[There's] no new parts," he said after taking his first win since last October.

"In the test at Brno we had a different chassis and we had some parts.

"We tried the chassis, we tried all of the different small parts on the bike and at the end we went back to what we had before.

"But we tried a different setting on these standard parts. This setting I like a bit more, but I didn't like everything.

"I was less unhappy, and then we said, 'OK, we'll keep it like this, because it's already a step better'.

"I could start feeling better [with] the tyres and then we didn't touch it for the next race and I started to see how I could better understand the tyres.

"Little by little I started to feel at Silverstone how to ride better, and here [Misano] also a little bit more.

"There are some parts we have to improve,but already the feeling is a bit improved." 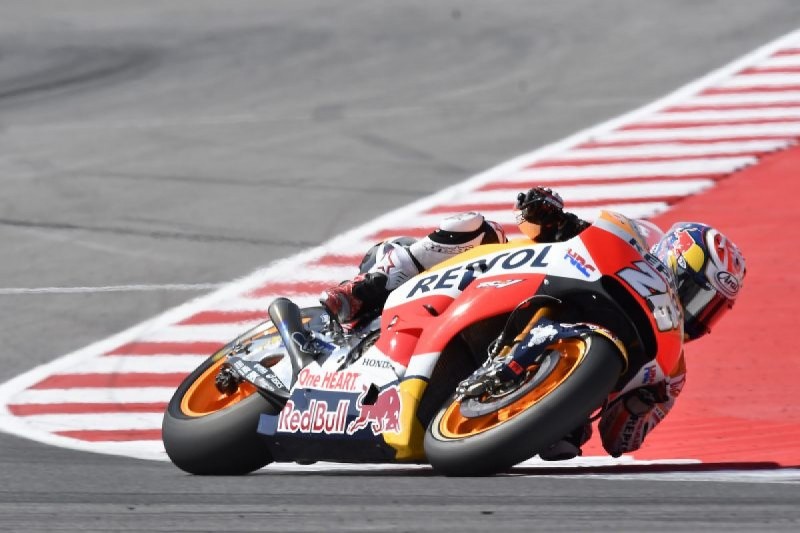 While team-mate Marc Marquez has built a strong lead at the top of the championship, Pedrosa had only managed two podiums before Sunday's Misano win.

Prior to that weekend, he had only scored 57% of the points tally racked up by Marquez, and had to wait until the British Grand Prix - the 12th event of the season - to outqualify him.

Pedrosa had to contest the first phase of qualifying at Brno last month, and while qualifying at Silverstone was wet, Pedrosa was in the same pack as Marquez throughout the dry race, ultimately finishing one place behind him in fifth.

A lack of rear grip and drive has been Pedrosa's biggest hindrance, especially earlier in the year when Michelin ran tyres with a stiffer construction.

This year's move from factory-developed ECUs to more simplified control electronics has also been a factor, with Honda having to play catch-up after being behind early.

"We made some improvements from Austria to make the acceleration a little bit more smooth," said Pedrosa.

"The electronics depend a lot on how you can make the rear tyres work.

"If the grip is good, you can use the tyres, you have a lot less problems on electronics and it's easier to manage the bike.

Andrea Iannone committed to returning from injury for Aragon MotoGP