The pair participated in a test jointly organised by IndyCar and the Indianapolis Motor Speedway to gather information about the road course layout ahead of a planned $100m upgrade to the facility.

Rahal and Briscoe ran laps in both the clockwise direction as used by Grand-Am and, previously, Formula 1) and counter-clockwise (as used by MotoGP), and Rahal said that the track was better than he had expected.

"It's a little different going the opposite way around, but it's actually not a bad track," he said.

"Everybody knocks it, but I've had some fun. You're sliding around; there's not a lot of grip.

"The track layout as it is, would it be great for passing? There are really only two spots. But that's why we're trying a lot of different configurations to analyse and potentially help."

Rahal admitted that prior the test he had misgivings about how the section that utilises Turn 1 of the Speedway's oval would work, but said that he was pleasantly surprised.

"When I showed up, I thought we shouldn't use Turn 1. We shouldn't run on the oval at all. But [now] I think that's what is going to make the racing so good.

"If you're leading on the last lap you're bound to get passed by anyone within eight car-lengths. The tow someone would get down the front straight would be massive.

"How do you put a quick lap in? Do you set up the car to go for the front straight or the infield? That could be an intriguing mix on race day.

"Having a straightaway this long, with the top speed of about 190 (mph), it's quite a mix. I think that would make the racing extremely exciting here." 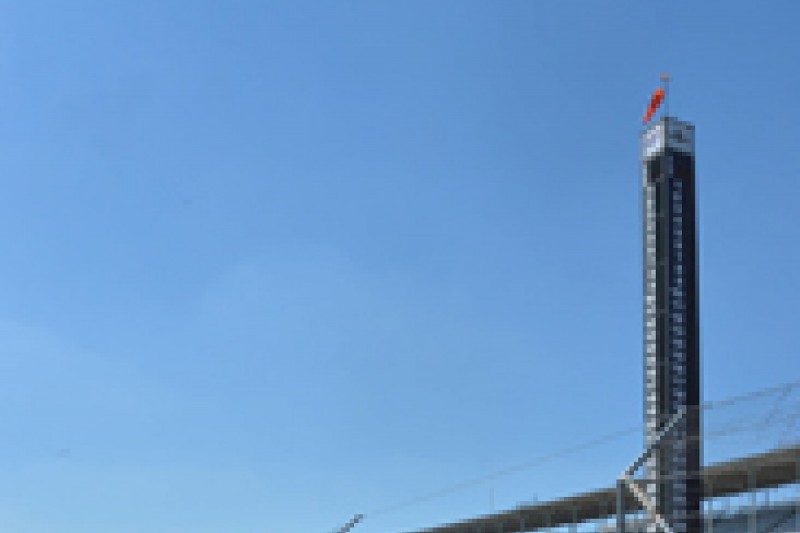 "The track as currently set up has a lot of high-speed corners, and going clockwise gives you a different feel," he said.

"There are a couple of areas that could be addressed to increase passing zones, which would make the racing great."

IndyCar is understood to be looking at adding an Indianpolis road course event to its calendar as soon as next year, possibly in early May as part of the lead-up to the Indy 500.

The idea was met with mixed reactions from multiple Indy 500 winners Helio Castroneves and Dario Franchitti.

The former recently telling AUTOSPORT that he was open to the idea of an Indy road course race but was concerned that scheduling so close to the 500 could confuse casual fans.

Franchitti stated that any race on the road course would dilute the prestige of the 500.