The Belgian Marc VDS Racing squad, winner of this year's Spa 24 Hours with BMW, will close its car racing programme at the end of the season

Marc VDS will cease operations of its sportscar team after this month's final round of the European Le Mans Series at Estoril, although its bike squad that races in MotoGP and Moto2 will continue.

The decision has been made by team owner Marc van der Straten because, according to a statement, "his passion for car racing has now gone".

The blame for this was placed on "those entrusted with the responsibility of running the team", against whom van der Straten has made allegations of financial mismanagement.

Van der Straten said: "Collaborators have betrayed both my trust and the family spirit of our team.

"I am 67 years old and I do not have the time left to accept behaviour that disrespects the moral principles I hold dear."

Marc VDS is the successor to the VDS team of the 1970s and '80s run by the late Count Rudi van der Straten, father of Marc.

It won the European Formula 5000 Championship with Teddy Pilette in 1973 and '75, the North American Can-Am title with Geoff Brabham in 1981 and then moved into CART. 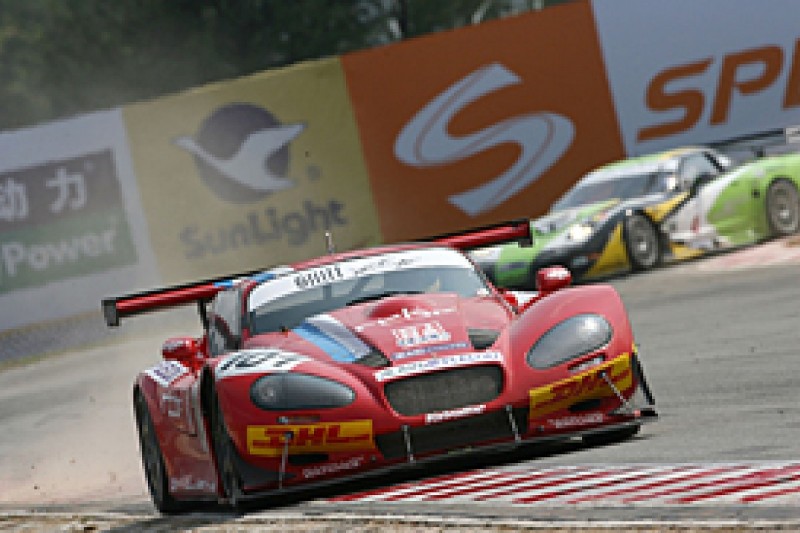 Marc van der Straten took his first steps in team ownership under the Belgian Racing banner in 2001 with the locally-built Gillet Vertigo in that year's FIA GT Championship.

The team raced the Vertigo regularly in FIA GTs in 2005-08 (pictured) before becoming Marc VDS for an assault on the new FIA GT1 World Championship in 2009 with a pair of Matech Ford GTs.

VDS moved to the Blancpain Endurance Series with a GT3-spec Matech Ford in 2011 before switching to the BMW Z4 mid-season.

The relationship with BMW yielded the teams' title in the 2013 and factory status with the German marque, which includes its programme in this year's ELMS with a Z4 GTE.

Victory at Spa this year with a Z4 GT3 driven by Nicky Catsburg, Markus Palttala and Lucas Luhr followed fourth and second-place finishes at its home race in 2012 and '14 respectively.