Sainz said on Thursday his target for 2018 was to find a way into the senior Red Bull team, adding he was doubtful about spending a fourth year at Toro Rosso if he could not do so.

But Red Bull boss Horner insisted Sainz - who's deal is with the Red Bull team and is in effect loaned to Toro Rosso - was under contract for an extra year and would stay at the squad.

"We have an option on him for next year and the year after, so he'll be in a Toro Rosso again next year."

Asked about Sainz's suggestion that he could move on, Horner said those comments were "disingenuous" to those that had given Sainz his F1 break.

"I don't know where he thinks he'll be then!" said Horner.

"You have to remember that he only got an opportunity in F1 because of Red Bull investing in him in the junior years, and it's a little disingenuous to be making comments like that when a lot of investment goes into these guys to give them the opportunity.

"Without Red Bull he wouldn't be sitting in an F1 car."

Horner said Sainz was unlikely to be loaned to Renault for 2018.

"I can't imagine that scenario," he said.

"Toro Rosso are ahead of Renault at this point in time, and doing a good job, and it wouldn't make sense to loan him out." 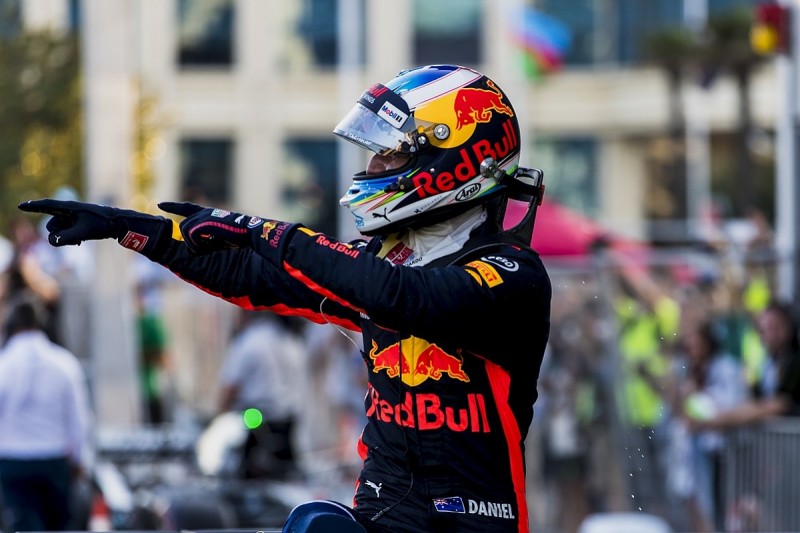 He added Daniel Ricciardo's Azerbaijan Grand Prix victory had not had any impact on the future of the Australian or team-mate Max Verstappen with Red Bull.

"It doesn't make any difference to the contracts," said Horner.

"We're very clear on what our drivers and who our drivers are for next year, which are the same numbers that are on the car this year.

"There's nothing really to report on that. The contracts are clear, so both drivers are under contract for next year, 100%."

The winners and losers of F1's silent war