After the Canadian Grand Prix, the decision was made to be more lenient towards racing incidents following a spate of penalties for on-track collisions.

Button is certain that, under the approach to incidents before this change, Rosberg would have been punished for causing an avoidable collision.

"They were never going to penalise him anyway, because as we all discussed about four races ago, we needed to be more lenient on drivers because we wanted more aggressive racing," said Button.

"If it had happened four races ago, I'm sure Nico would have got penalised because that sort of incident always got penalised.

"But these days, in the last few races, it has been viewed that more aggressive racing is better for the sport, so you let things go a little bit more.

"We all pushed for more aggressive racing, and I'm sure you [the media] all wanted the same thing. You can't have it both ways."

While some drivers, including Felipe Massa, are adamant that the clash warranted a penalty, F1 world champion Sebastian Vettel was delighted that there was no official action. 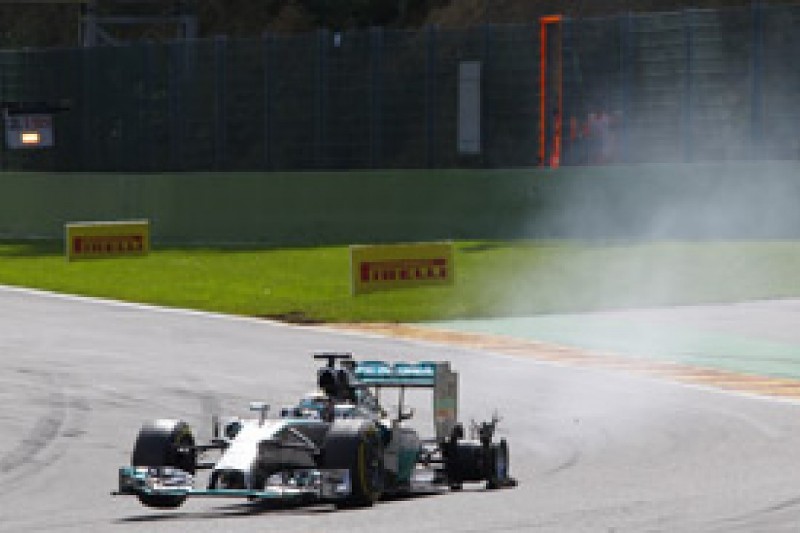 He added that he was surprised by the Mercedes team deciding to take its own punitive action against Rosberg.

"I don't think you take off your front wing on purpose, it is difficult to time and see where your front endplate is to give a puncture to the other guy," said Vettel.

"Fernando [Alonso] ran into the back of me at Turn 1 [La Source] at the end of the race and I was lucky to not get a puncture, that is racing.

"I am very happy that there was no action [against Rosberg], it was a racing incident.

"Maybe I am not talented enough to time it perfectly right to puncture somebody and it's something I need to learn, but you will get it wrong more often than you get it right.

"It was funny to see the team decided to take some decisions in terms of a penalty."