WTCR could extend points to outside top 10 finishers for 2019

Three different systems are used in each of the series' three races in a weekend, and the five drivers that make it through to the pole position shootout in second qualifying are also rewarded with points.

The reversed-grid second race follows the FIA international championships scale used in Formula 1, while all three races pay points down to 10th place.

There are currently 25 full-season WTCR entries, which are usually joined by two wildcards at each event.

"The three races do not have the same value," said Ribeiro, after he was asked if having three points systems in use over one weekend was too complicated.

"The reversed-grid has to get less points than the non-reversed grid, and the main [third] race is longer than the first one.

"If we want to change the points allocation, I think the right thing we should think about is not how complex the points system allocation is, but is it good to allocate points only to the top 10?

"When you had 16, 17 cars [in the World Touring Car Championship] last year, allocating points to the top 10 was normal, fair.

"If we get 26 or if we go to 30, is it still right to allocate points only to the top 10? That's the right question for me. That's what we have to address.

"This is to me, more the debate than the complexity of the systems.

"If we want to keep motivation and so on, maybe we have to think to allocate points a bit further [down the field]." 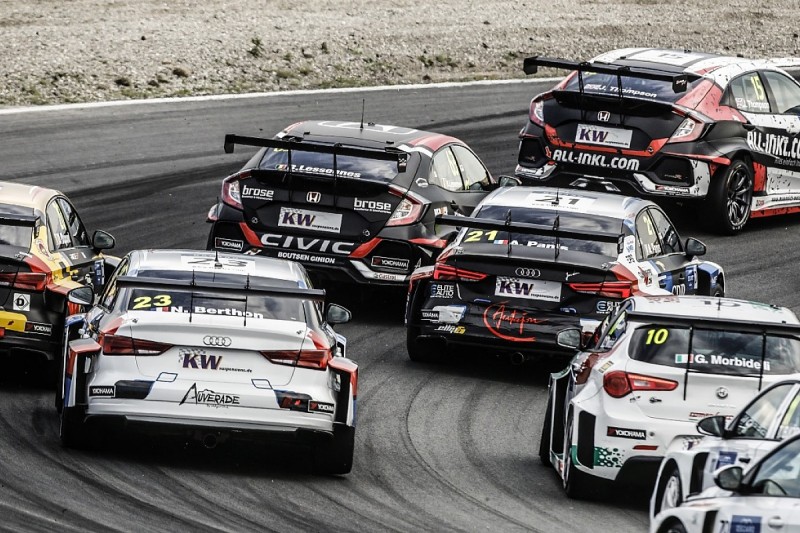 Ribeiro said the maximum number of entries WTCR could "reasonably" permit at each round next year was 30 cars, which would strengthen the case for extending points down to 15th place.

He added deciding which makes and how many cars from each of those the series would allow to compete next year would be difficult.

"The biggest potential change next year will depend [on] how many new manufacturers will come, and how many new teams they will bring," he said.

"Today we have seven brands, and what do we do if we have two new manufacturers next year?

"Do we have to change the sporting regulations or not? How do we do with six Audis if we have two new brands?

"I'm thinking a lot about it, but I don't have the answer yet because it's a bit early to take those kind of decisions.

"I will sit down with the FIA and teams and have a dialogue with them at the sporting working group and touring car commission level to see what is most appropriate next year if we get more brands."