Thierry Neuville dominated much of the event for Hyundai before damaging his car, while Citroen's new machine had a tough debut.

"This rally is quite like Finland with the fast roads and lots of jumps," said Latvala.

"It will definitely give us an idea of where the performance is - in terms of the power and torque from the engine - in the quick sections.

"We will also see how the aero is working in the jumps as well."

Expectations of the new Toyota Yaris were raised by its Monte Carlo performance, with Latvala's team-mate Juho Hanninen also running in the top three early on.

Team boss Tommi Makinen has highlighted the amount of snow testing Toyota has done, but Latvala played down his chances in Sweden.

"The result in Monte was a big motivation for everybody," he said.

"Nobody could expect such a high position.

"Since then I have noticed a lot of people asking me if we can win here, but hold the horses - don't ask too much.

"It's still early for us and if we can reach the podium that would be excellent."

The Saturday itinerary in Sweden includes the infamous leap on the Vargasen stage named in honour of 1995 world champion Colin McRae.

The record jump at 'Colin's Crest' is the 45 metres achieved by WRC2 driver Eyvind Brynildsen in a Ford Fiesta R5 last season. 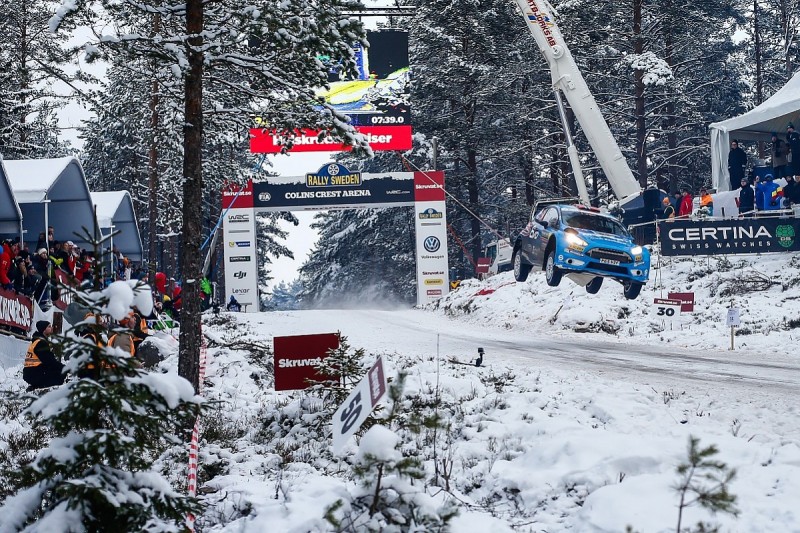 But Latvala expects the World Rally Car drivers to hold back there this year as they learn about their new machines.

"Nobody really knows how will the aero work over the jump," he said.

"Certainly on the first time through I think there will be more caution.

"We have a bigger rear spoiler on these new cars and that's going to lift the front.

"At Colin's Crest we will have to approach with a bit more left-foot braking to keep the chassis down."