Jari-Matti Latvala heads into Rally Sardinia having defeated World Rally champion Sebastien Ogier in Portugal. But is it another false dawn for the Finn? DAVID EVANS looks at the evidence

A couple of days before the start of last month's Rally of Portugal Jari-Matti Latvala described Sebastien Ogier as a piano player.

It was an entirely complimentary analogy relating to the Frenchman's finesse and ability to keep the car on the clean longer and faster than he could.

But could Latvala himself 'play the piano' with his own driving?

Could he learn the piano? Latvala pondered the question, then leaned in.

"I thought about changing the style. But it was Henning Solberg who told me this wasn't a good idea. He said: 'Jari, you have been driving for too long now, you cannot change the style. Change the car.' He was right."

Suspension and differential work has given the Polo more grip at the rear, building in the kind of progressive predictability that Latvala likes and thrives on.

"I feel comfortable with the car now," he said.

So, what do we make of Latvala's latest win? Breakthrough or false dawn?

The breakthrough was supposed to have come in Finland last year, when he did a real number on Ogier, scoring a 1000 Lakes victory worthy of any one of the heroic countrymen he reveres so readily.

Latvala's natural ability to drive a rally car is now beyond question. He's absolutely as fast as anybody else in the world right now - Ogier included.

It's the peripheral stuff that must remain under the microscope.

He still needs the arm around him to bring the best out of him.

On the crucial long stage on Sunday in Portugal, he thrived on the encouragement of his co-driver Miikka Anttila a handful of miles into the test.

It's hard to imagine Julien Ingrassia telling Ogier how well he was doing between calling notes to the two-time world champion.

That doesn't make Latvala a worse driver, but such reliance on outsiders inevitably makes him more vulnerable. Would he still have won if Anttila hadn't had time for praise?

Ogier was simply brilliant through the first two days in Portugal, playing himself into a potentially winning position in the most difficult of circumstances. Ogier described Sunday as a new rally running on equal terms. The playing field had been levelled. And Latvala won.

With the job all-but done, Ogier expected to win. And when he didn't, his frustration got the better of him. He let rip, complaining bitterly that the best driver hadn't been allowed to win.

In his opinion, and for the avoidance of doubt, the best driver is himself.

The comments were breathtaking. Question was: would they be raised in front of Latvala in the post-event press conference?

Oh yes... by Ogier himself.

"I said at the end of the stage that it was frustrating that the best driver is not winning this weekend," he said. "I say that, but I need also to say this is not the fault of Jari - it's the fault of the rules. It's like that.

"He did the job he had to do to do it. And, especially today, he drove as fast as he could to keep me behind and he did it well."

Deal with it. I'm better. You want to beat me? You're going to have to beat the best of the best; take a shot. Dare you...

Latvala will take that shot in Sardinia this weekend.

Follow Rally Sardinia as it happens - plus the Barcelona MotoGP weekend, Toronto IndyCar, Hungaroring Formula Renault 3.5 and more - with AUTOSPORT Race Centre Live from 7am UK time on Friday 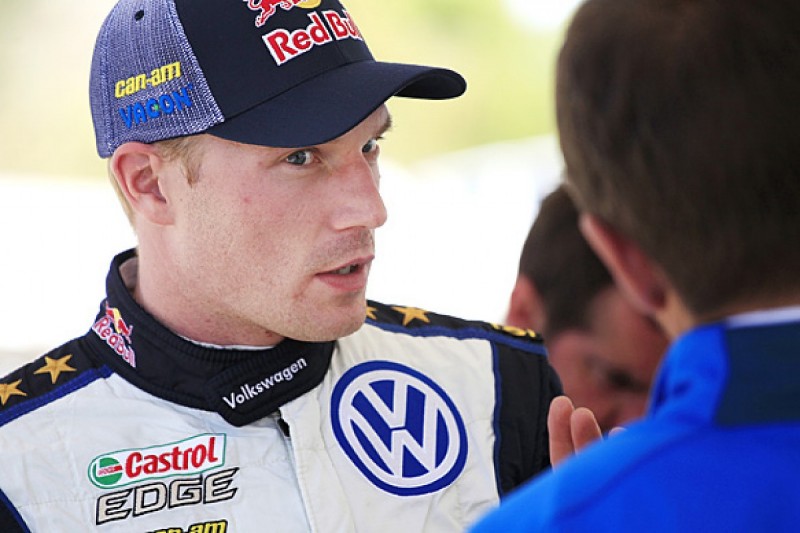 WRC Italy: Meeke tells Ogier to complain less and be more like Loeb