The Mygale-Ford the new FIA-backed British championship will use next year was officially unveiled last weekend at Silverstone, where the cars were made available to order for the first time.

Trevor Carlin, whose eponymous team runs cars in GP2 and GP3 as well as British and European Formula 3, was present at the launch, while Fortec had a representative in attendance while team boss Richard Dutton was at the Paul Ricard World Series by Renault round.

"I'd hope that we would run four cars," Carlin told AUTOSPORT.

"We have an awful lot of drivers come to us in F3 totally unprepared. If we start teaching them, when they get to F3 they are ready to drive and if they like us we can take them all the way."

Fortec ran three cars in British F3 this year and one in Formula Renault BARC, but with concerns over both categories' futures Dutton said it was important to strengthen its domestic presence again.

"We've got nothing really going on in Britain and I really think it's going to be a strong package," he said.

"I think it's going to attract a lot of young talent. We will be doing it for sure, probably with four cars."

T-SPORT AMONG RAFT OF PLANNED ENTRIES

European F3 team T-Sport will also enter the new-for-2015 championship, running at least one car, while Mark Godwin Racing and Scorpio Motorsport - which have both taken drivers to FRenault BARC titles in recent years - have also committed to the series.

MGR also started the year with a three-car BRDC Formula 4 entry but that has slimmed down to one as the season has progressed and it will not return to the MSV-run championship next year or when it introduces its own FIA F4-spec car in 2016. 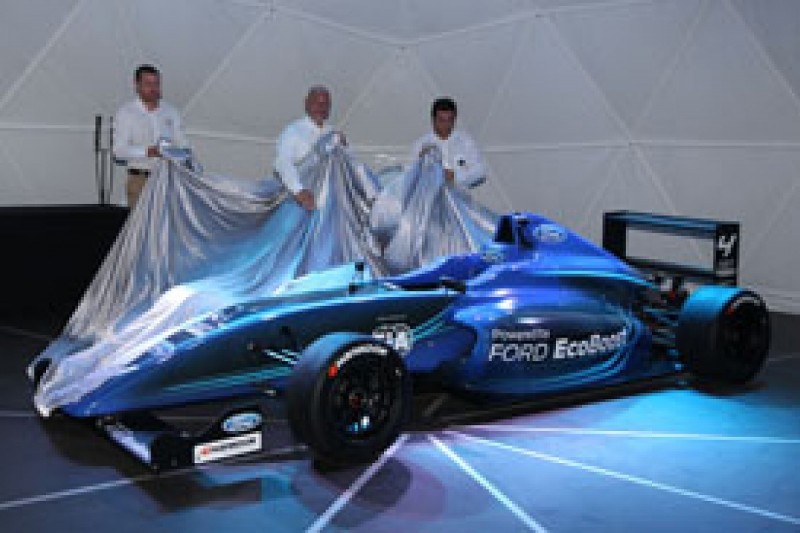 Godwin has provisionally committed to two MSA Formula cars, but is keen on running a third, while Scorpio boss Jon Pettit revealed he has ordered three.

In addition to new teams, leading Formula Ford squads MBM and Falcon plan to return with four cars each.

Radical is unlikely to continue but current Sinter squad SWB Motorsport will return with one car.

AUTOSPORT understands that the orders, which did not require a deposit but will result in teams being invoiced this week, numbered at least 28 by Monday evening.

Ford's head of racing in Europe Gerard Quinn said the initial response had exceeded expectations and left him confident of large grids despite the tight schedule to get the cars prepared, with the first 15 promised to the teams by the end of 2014.

"The word for me is overwhelmed," he told AUTOSPORT. "I couldn't ask for any more. The first year you've got to be realistic, so anything more than 20 would be ideal."