The 23-year-old worked his way into title contention with a consistent run of top four results in the middle of the season, vaulting into the points lead after finishing third at the Aragon GP when long-time points leader Fabio Quartararo struggled to 18th with a front tyre issue.

It was from this moment Brivio began wondering if Suzuki could win the championship, saying the marque couldn't "hide anymore".

From a six-point buffer in the first Aragon round, another third in the Teruel GP swelled his margin to 14, before his maiden MotoGP victory at the European GP put him 37 points clear.

"Honestly, I started to think about the championship when Joan was suddenly leading the championship, which was a couple of races ago," Brivio said when asked at what point in 2020 he thought the title was possible.

"Then I say 'OK, we can't hide anymore'. Now we are dancing, we have to dance.

"Just the last two or three weekends [is when I started to think about the championship]."

Brivio was part of the Yamaha team in 2004 when Valentino Rossi won the championship in his first season with the Japanese manufacturer, ending its title drought dating back to 1992.

When asked how the two compared, Brivio said it was hard to compare Mir to Rossi, but noted that the young Spaniard has "the determination" and believes within the next four years Mir will be "fully built" as a rider. 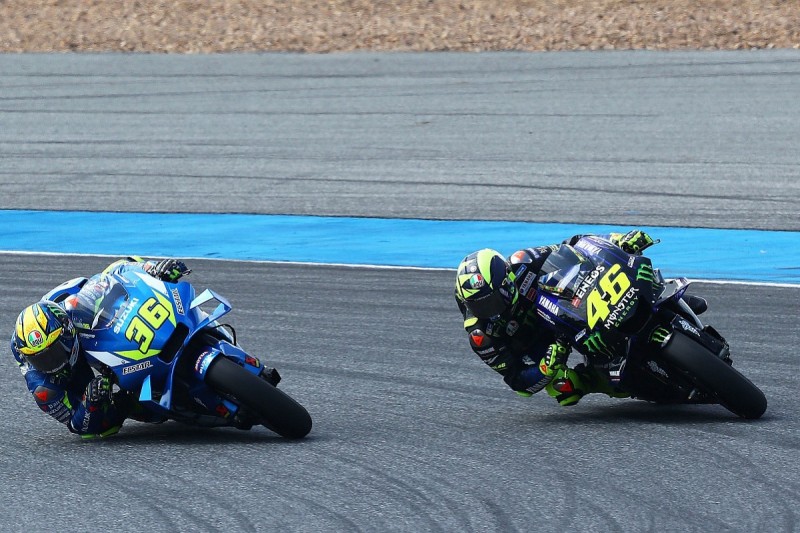 "When I started to work with Valentino, he was already five-time world champion I think," Brivio said.

"So, he was already a mature rider. Joan, he came to us as a rookie but for sure Joan has the determination.

"For instance, in FP3 [at Valencia] we were outside of the top 10 for the Q2 and in FP3 he needed to deliver, the conditions were tricky, and he delivered.

"So, [he has] great determination from this point of view. When he has the pressure, when he was not getting to the podium, and then when he got to the podium, he remained steady on that performance.

"I think it's difficult to compare because with Joan this is the beginning.

"We have to see in the future, probably it will take two, three, four years to get the rider fully mature, fully built let's say.

"But of course, if this is the beginning we are in a good situation."