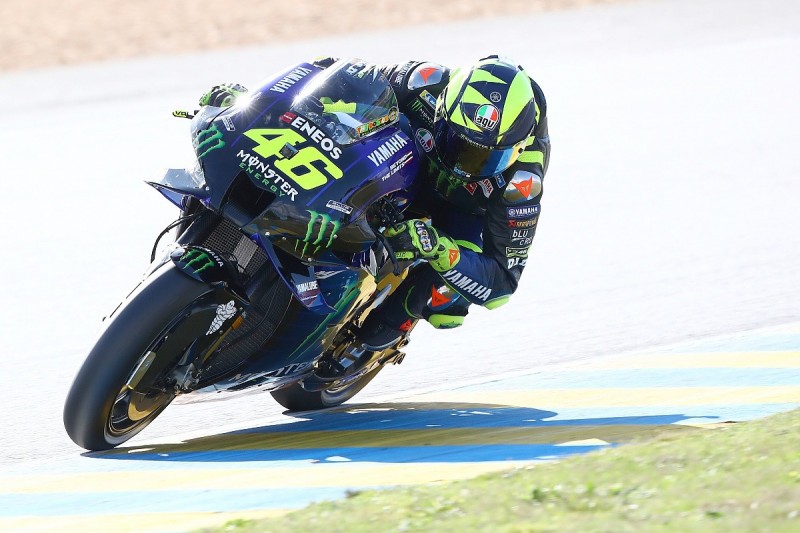 Rossi will continue his MotoGP career into 2021 after signing a new deal with Yamaha to join Petronas SRT with full factory support.

He was absent from last weekend's Aragon GP and will sit out the Teruel round after testing positive for COVID-19 last Thursday.

Speaking to Autosport, Stoner notes Rossi "seems to be struggling to win" now as he commented on the Italian's decision to remain in MotoGP next year.

"I think it all depends on Valentino; if he still enjoys the sport and maintains some speed, it's great," Stoner said.

"It is really difficult to be in someone else's mind.

"For me, when I was competing against Valentino, he was a winner, a killer.

"He did everything possible to win races.

"Now, however, a top five or a podium is like a victory for him and this is sad for me.

"He always did everything possible to win the races and today he seems to be struggling to win." 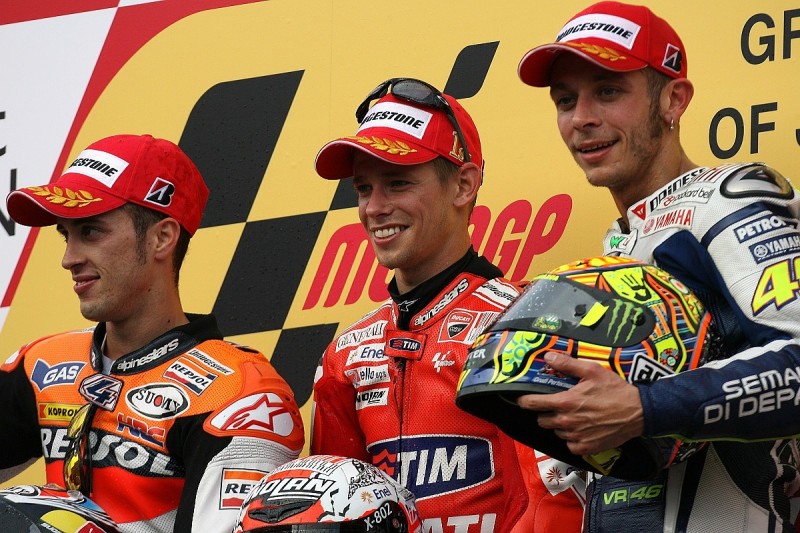 Stoner retired from MotoGP at the end of the 2012 campaign and last rode a MotoGP bike back in 2018 when he was Ducati's test rider.

With just four rounds to go in 2020, 15 points separates Joan Mir, Fabio Quartararo, Maverick Vinales and Andrea Dovizioso at the top of the standings, with 39 the spread down to Jack Miller in eighth.

Reigning world champion Marc Marquez has been absent with a broken arm since the Spanish GP at the start of the season, and Stoner says MotoGP has been plunged into "chaos" without its "leader".

"At the moment I don't think anyone can beat Marc," Stoner said.

"I've been saying for a long time that the only person who can beat Marquez is Marc himself.

"This year, unfortunately, in the first race he was injured.

"From that moment, without its leader, the championship is in chaos.

"The points the leader has are incredibly poor.

"They have so few because there has been no consistency from any rider on the grid, so it is really chaotic without Marc.

"It will be interesting to see when he returns if everything normalises a bit."

Marquez will miss this weekend's Teruel GP at Aragon, with it uncertain if he will even return for the final three rounds in November.