Pol Espargaro says he is not "super nervous" to score his maiden MotoGP win with KTM in 2020, admitting his best chance of victory might already be gone

Espargaro has been a part of KTM's MotoGP team since its first season in 2017 and has been widely hailed for his role in turning the Austrian manufacturer into a potent force in the top echelon of motorcycle racing, prompting Honda to sign him to its factory team next year in place of LCR-bound Alex Marquez.

However, while rookie teammate Brad Binder managed to score the marque's first victory in MotoGP at Brno - and Tech3 rider Miguel Oliveira added a second win to its tally in the second Red Bull Ring race - Espargaro is yet to stand on the top step on the podium.

The Spanish rider came close to winning the Styrian Grand Prix but ran wide at the last corner while battling with the Pramac Ducati of Jack Miller, allowing Olivera to come through and take his maiden victory.

Speaking ahead of the penultimate round of the season at Valencia, Espargaro said he isn't overly concerned about ending his KTM tenure with a victory, as he's satisfied that he has shown race-winning potential several times during the campaign.

"Yeah, the victory - I'm not really super nervous to get it," Espargaro said.

"In Czech Republic before, Johann [Zarco] took us out of the track. I was there to fight for the victory. In Austria [Styrian GP] I was there till the last corner fighting with Jack and first Austria I was going away in the first [half of the] race before the red flag.

"We had a lot of match balls, [but] for one thing or the other we couldn't get it.

"For sure I want this victory, 100%, but I have the feeling we have not the easy chance we had in other places.

"Like in Czech Republic we had a real clear advantage on the bike, on the setting, on the tyre, whatever was working better for us than the others. And also in Austria."

Espargaro is locked in a tight battle for seventh place in the championship with top Honda rider Takaaki Nakagami after finishing third in last week's European GP, his fourth podium finish of the year.

However, he said he was "really on the limit" behind the Suzukis of Joan Mir and Alex Rins ahead, feeling "they had something else when they were pushing" and that he "had no chance to overtake them". 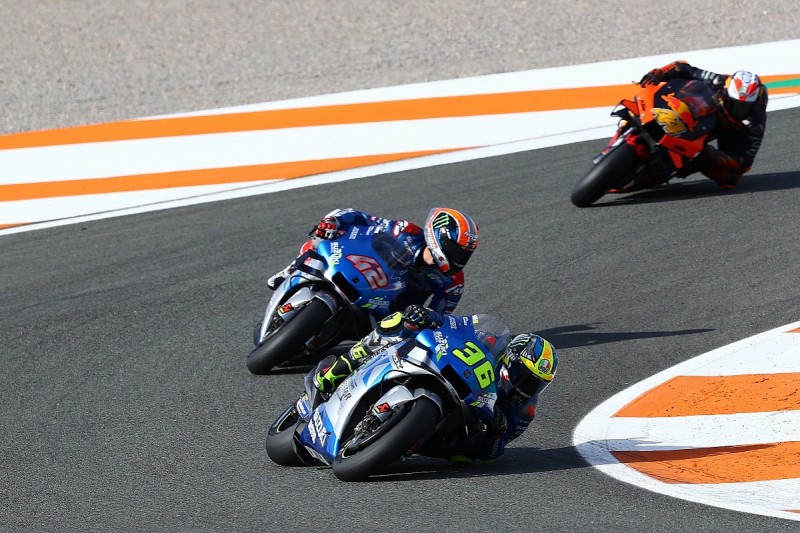 Espargaro said KTM has usually proven to be strong whenever MotoGP has made a second visit to the same track, but is unsure if the marque has the same scope of improvement this time.

"We are really strong in the second races," he said.

"But this is different. We didn't struggle in the first, we actually were quite good behind the Suzukis.

"We need to improve but I don't feel we have a huge margin.

"For sure we are seventh in the championship, super close to Taka. And Taka is gonna be very fast this weekend I have a feeling.

"Let's see we can beat them and just keep going up in the championship which is good at the end of the year."