Max Verstappen's repeat of his 2016 Monaco Grand Prix qualifying crash this weekend proves the Red Bull Formula 1 driver is not learning from his mistakes, according to Sergio Perez

Verstappen ended up in the barriers on the exit of the Swimming Pool section at the end of Saturday practice after clipping the inside wall on the entry and breaking the front-right.

It was a carbon-copy of the error he made in Q1 two years (pictured below), and the damage was too severe to fix in time for qualifying.

Asked what other drivers thought of Verstappen's crash repeat, Force India's Perez said: "Those things happen. But if it happens after you've done it [before] then it means you haven't learned.

"It can happen to anyone, we're all pushing really hard. If it happens twice then it means you're not learning about it.

"We put our wheels millimetres away [from the barriers], and from the couch maybe it's easier to judge.

"But you should learn from your mistakes." 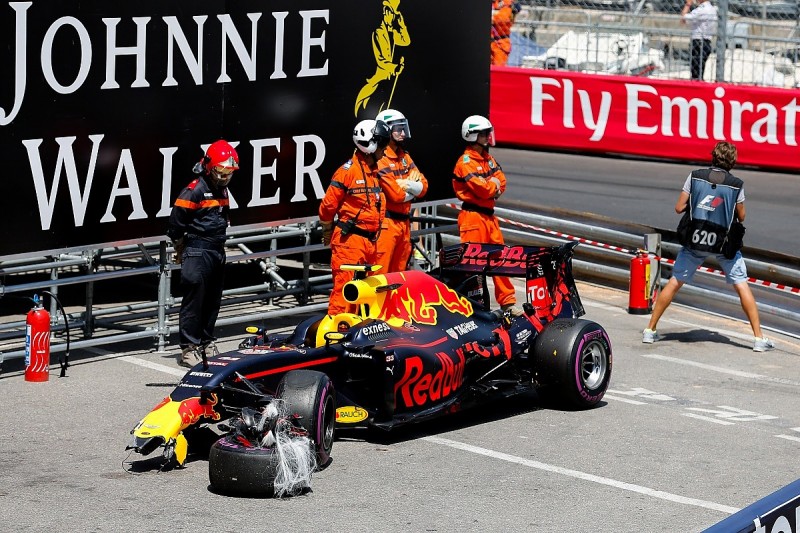 Red Bull needed to change the gearbox and has also taken the opportunity to use another new MGU-K, having already fitted a second MGU-K of the season at the start of the week to give him a fresh component for this race.

Both of those changes would normally trigger a grid penalty but Verstappen was already due to start last.

Verstappen has been involved in multiple incidents this season, most notably a clash with Lewis Hamilton in Bahrain and then clumsily spinning Sebastian Vettel in China.

The 20-year-old has been hailed as a certain future world champion, but 1997 title winner Jacques Villeneuve reckons the Dutchman will not achieve his potential without changing his approach.

"He's not calculating the risk correctly and that's what cost him dearly this weekend, because he had the pole or at worst the front row and now he will start last," Villeneuve told Autosport.

"So, if he keeps doing [things] like this he will never be a champion.

"Something has to change because since the beginning of the season it has been like this."

Villeneuve conceded it would be very difficult for Verstappen to calm down without losing the edge that makes him such an exciting talent.

"I don't know [what he needs to do to change], I really don't know," said Villeneuve.

"He still has the support from the team. That's very lucky for him. That's really good." 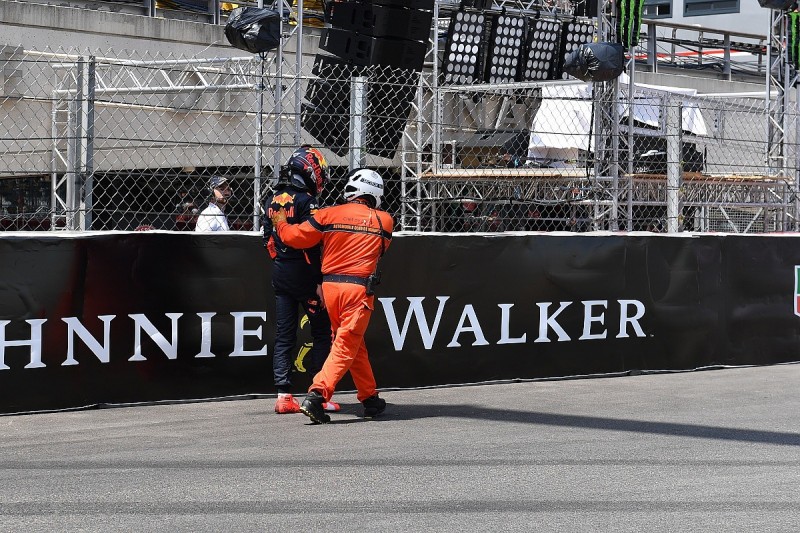 Multiple grand prix winner Felipe Massa agreed that Verstappen needs to calm down and said the fact it happened in practice was needless.

"Qualifying is the most important thing, when you really, really need to push it to the limit," the ex-Ferrari and Williams driver told Autosport.

"I hope he understands that and maybe just improves his thinking."

Verstappen was promoted to the Red Bull senior team after Daniil Kvyat had a difficult start to the 2016 season and was moved back to Toro Rosso.

Massa said a similar demotion "will never happen" to Verstappen because "he has the talent" and "everybody would love to have a driver like him".

"It's not easy to find another driver with the talent that he has," said Massa.

"He just needs a little bit of conversation to put him in the right direction."