Lewis Hamilton's tactics in the Formula 1 title decider in Abu Dhabi have set a precedent Mercedes will have to consider for the future, according to Toto Wolff

While Nico Rosberg took the world championship with second place at Yas Marina on Sunday, race winner Hamilton tried to back his team-mate into the chasing pack in a bid to overhaul him in the title race.

Hamilton ignored instructions to up his pace to protect the race win for the team, and Mercedes motorsport boss Wolff said it needs to work out how to handle such a scenario.

"I'm in two minds: one half of me says undermining a structure in public means you're putting yourself before the team - that's very simple," said Wolff after the race.

"Anarchy doesn't work in any team or any company.

"The other half says it was his only chance of winning the championship at that stage and maybe you cannot demand a racing driver to comply in a situation where his instincts did not make him comply.

"It's about finding a solution to solve the problem in the future because a precedent has been set.

"Let me sleep over that and come up with a solution tomorrow."

When asked if Hamilton could face punishment for ignoring team instructions, Wolff added: "This is something I will keep internal.

"I need to form an opinion, which I haven't yet."

Wolff stressed that Mercedes only got involved when it sensed occasions in the race that could have cost the team victory. 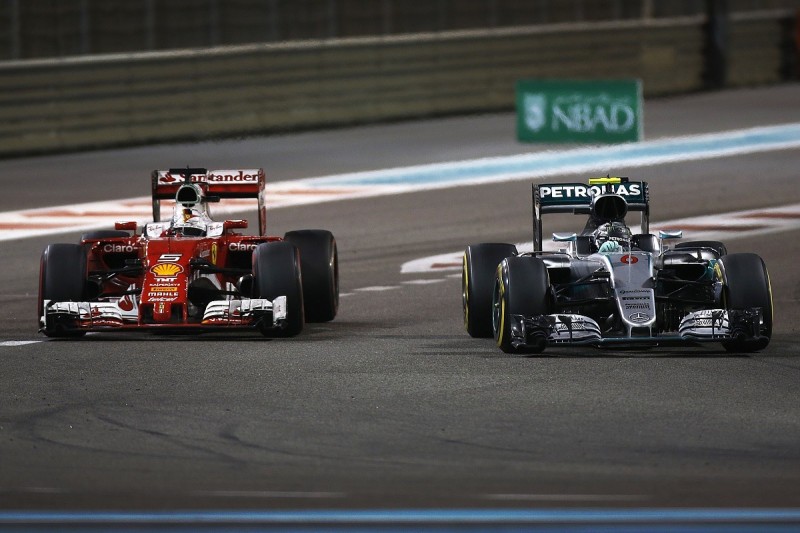 "There were two moments in the race where there was a risk that we would be losing the race," he said.

"One was [Max] Verstappen, because it was not clear whether he was on a one-stop; he was in a good position.

"The other was [Sebastian] Vettel lapping two seconds quicker [on super-soft tyres in the final stint].

"Our number one principle for the past three years - and it doesn't matter if it's the first race or the last - is to secure the win.

"You can question that, whether it's the right principle going forward, but that's exactly what we did on the pitwall.

"There were these two moments and this is why we asked him to increase the pace."

When Hamilton failed to follow instructions communicated by his race engineer, the radio call then came from Paddy Lowe, which Wolff described as "the highest escalation we have".

Asked what Mercedes could decide to do in future he added: "Everything is possible - maybe we want to give them even more freedom in racing each other, or we could to go the more harsh side if we feel the values were not respected.

"These [options] are 180 degrees [apart] and I'm not yet sure where the needle is going to go."