Palmer crashed heavily in Friday's second free practice session in Melbourne, backing the RS17 into the tyre wall on the exit of the final corner.

He failed to finish the race after reporting an issue with the brakes sticking on, and told Autosport the priority was now to ensure he could start practice in Shanghai on the front foot.

"Obviously I had a big crash on Friday so we've changed a lot of parts on the car," said Palmer.

"We just need to have a good look and make sure everything is working as it should.

"I trust the guys will do that, they're experienced and know what they're doing so I have no worries on my side.

"We just need to have a good look and make sure we're in a good position to start in China."

The FP2 crash was part of a difficult opening round for Palmer, who had a gearbox-related problem in first practice and was eliminated in Q1 in qualifying when a fuel-surge problem left him with one run on ultra-softs. 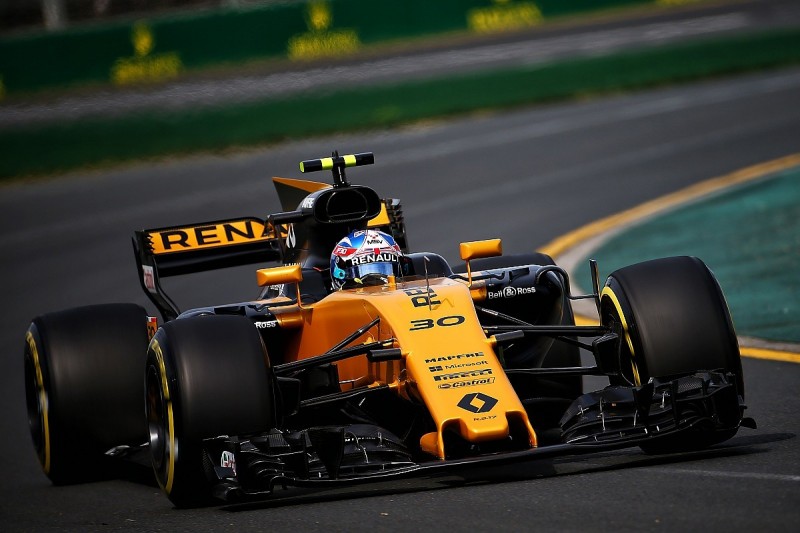 That lap was 3.3 seconds slower than new team-mate Nico Hulkenberg and the slowest of the session, although Palmer said further analysis on Saturday evening had revealed a couple of problems contributed to the deficit.

"We found there were some aero parts that weren't a massive problem but they needed touching up and we were losing a few points [of downforce]," he said.

"That made the car feel worse then as well."

Before the brake problem hit, Palmer rose from 18th - courtesy of a grid penalty for Lance Stroll and a delayed pitlane start for Daniel Ricciardo - to 14th.

"It was much better," he said. "The start was good, I think on the softs, we struggle compared to the guys on ultra-softs, but still it was looking sensible.

"Those laps, that's my personal best [consecutive laps on track] across a race weekend and four test days."