Mercedes ended pre-season testing with the fastest time and more laps completed than any other team, prompting Ferrari chief Mattia Binotto to declare his team was behind on pace.

Vettel and team-mate Charles Leclerc supported Binotto's assessment, but Mercedes pace-setter Valtteri Bottas was unwilling to read too much into the comments, saying teams play "weird games" in winter.

Vettel reported that his Ferrari car felt "too draggy" through testing, having lapped a second off Bottas' benchmark time.

Asked if he felt worried by what he'd seen from Mercedes, Vettel replied: "It just looks as if Mercedes is more at ease.

"Not just for the one lap, which is what people look at, but just in general, also the [long] runs.

"It's a bit hard to tell, with the time of day, track conditions, then I don't know what people are doing in the background.

"Probably if you look right now, Mercedes is at the top.

"Every time they go out, they are fairly quick with ease, whereas others I think need to stretch a bit more." 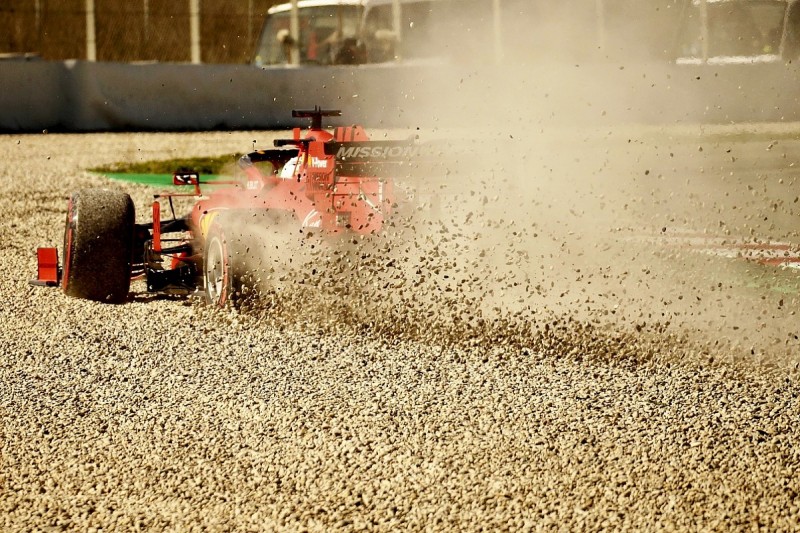 Ferrari openly said it was changing its approach for testing in 2020 after an impressive performance ahead of the '19 season proved misleading.

The team won just three races as Mercedes wrapped up both championships with ease despite appearing to struggle in testing.

Vettel said that, while it was hard to be confident of the pecking order until the opening race in Melbourne, he felt enough of a picture could be built from the testing results.

"I think we see enough with six days of running - you know roughly where you're at, but come Australia, things may look different," Vettel said.

"We'll really see where we are in the first two races. I think you have a good picture, and then take it from there.

"Right now, maybe we are not at the top of the timesheets every day, so maybe not the favourites, but let's see where we are in Australia."

Tost: Unfair if Australia goes ahead without all F1 teams