Gap to Mercedes can't be Ferrari's only F1 2019 target

Ferrari cannot consider its gap to Mercedes as its only target as it seeks to add more downforce to its Formula 1 car, says team principal Mattia Binotto

The Italian team prioritised aerodynamic efficiency for its 2019 car and has struggled at circuits that required maximum downforce as a result.

Ferrari is trying to rectify that deficiency with a series of in-season updates, but it is aware that will not be enough for next year.

"We are certainly seeking more downforce, already in the current year.

"In the second part of the season we will try to put whatever maximum downforce we can put on the car, and the car for next year will require even more.

"We know that our competitors are developing next year's car by trying to put [on more] downforce. "We cannot consider the gap of today as a single target. "It has to be more than that." 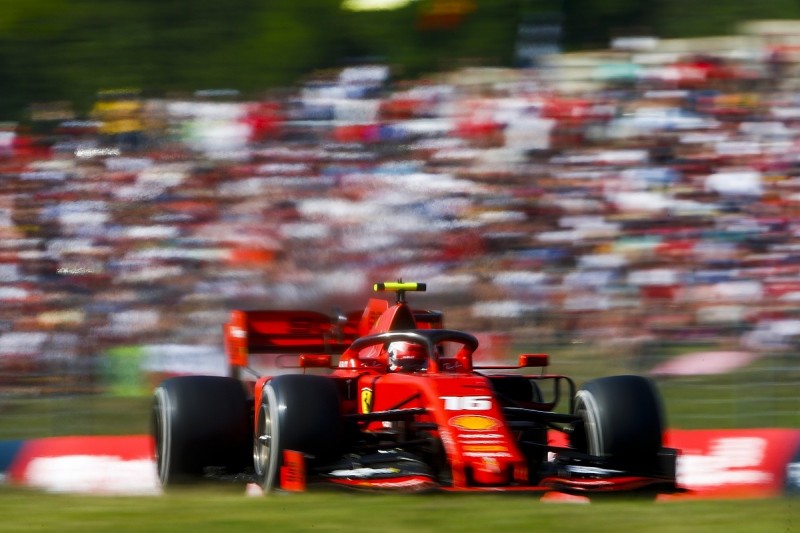 Ferrari's performance in the Hungarian Grand Prix left both its cars more than a minute behind race winner Lewis Hamilton at the finish.

However, it was not the team's worst weekend for outright pace - although it does just sneak into the top five, once Germany is discounted because of the team's unrepresentative qualifying pace.

Its strongest weekends have been thwarted by errors and reliability problems, and Binotto admitted maximum downforce is not the team's "only weakness".

"That would be unfair on the people at Maranello," he said. "Should we concentrate on next year's car? I don't think so.

"Not only because [of] having the same regulations as next year, whatever we can do this year will be to the benefit of next year's car as well.

"There are still many races, no victory for Ferrari - we have at least a goal and an objective, so we shall do whatever we can, even in this season to do our best."

The epic team-mate rivalry we now won't get