AUTOSPORT's long-time Russian correspondent Grigory Golyshev made the long trip south for the maiden race meeting at the country's grand prix venue. This is what he found

Sochi Autodrom, the venue that will next month stage the inaugural Russian Grand Prix, was christened last weekend.

The penultimate round of Russia's major touring car series, the RCRS, did the honours, and the new track's debut did not go without hiccups.

On the Wednesday evening, the teams set up a makeshift paddock - because the pit garages were wet with new paint and therefore couldn't house the teams.

Track staff and management worked two shifts to set up power and internet supply for the paddock and media.

As far as the circuit itself is concerned there is still a little way to go - every significant object at the venue had a 'to-do' checklist pinned to it, although most of the lists I saw concerned only 'devil-is-in-the-detail' things.

The first running on the new track was marred by long and heavy rain, delays and a few aquaplaning accidents, particularly at the right-handed Turn 1.

As the weather cleared, things moved back on schedule and local drivers praised the circuit for its fast nature.

"It's definitely a power circuit - the engine plays a crucial role. All sectors are equally important here, and there are no key turns that can make a big difference to your laptime.

"The temporary nature of the circuit is obvious nearly everywhere, so most of the corners seem very similar. Here you won't find breathtaking corners, like Macau's Mandarin Bend or Monza's Ascari chicane.

"One good point: for a temporary track it's wide and the corners offer not just a sole trajectory, but different lines."

Built on former farm fields, Sochi Autodrom is rather different in nature to other new F1 tracks. 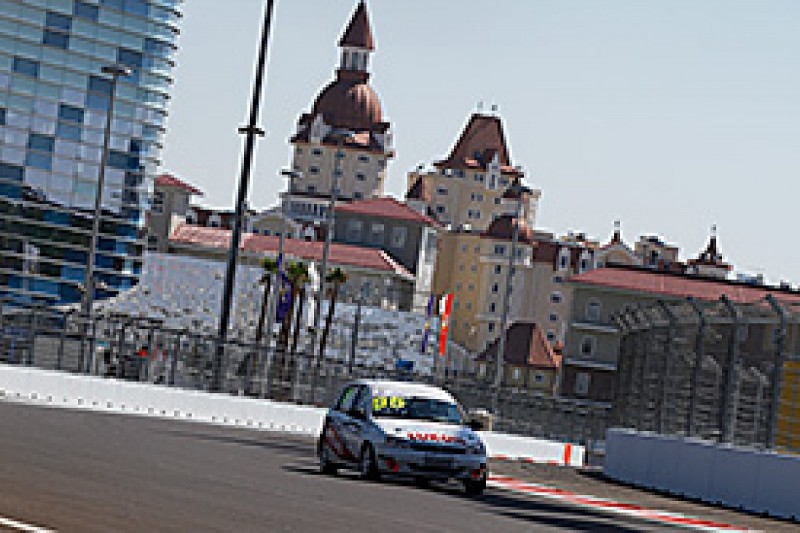 The paddock is quite narrow compared to places like Bahrain or Shanghai, and most likely you'll never see a race motorhome parked there.

An overly cautious approach saw a rack-up in security measures on Saturday and Sunday, with airport-style checks and metal detectors employed at the entrance leading to traffic difficulties at the solitary entry point.

On the other hand, the venue will benefit greatly from the convenience of its location, its weather (although we were unlucky with the rain!) and the infrastructure of Greater Sochi.

The place looks mighty in the dark, fuelling rumours of a push to convert the Russian GP to a night race.

The crickets, which still occupy the place since the days of the farms, provide a most unusual background sound for an evening paddock.

Local bystanders took a keen interest in the event, asking those people they saw inside the protective fence whether it was the Formula 1 race for which they've been waiting so long, and whether that was Sebastian Vettel or Fernando Alonso driving the Lada, SEAT and Volkswagen machinery.

The Sochi regional authorities claim that the outstanding issues will be fixed in time for the grand prix, and experts say that a warm reception of motorsport by the crowd could change the venue's fate.

It's rumoured that a successful outcome of the first Russian Grand Prix could help to convert the track into a permanent venue, operating for the whole year.

Fittipaldi: How I broke into Formula 1