Mikel Azcona clinched his own and Hyundai’s first World Touring Car Cup pole position of 2022 by topping the Q3 shootout in qualifying at the Hungaroring.

The Spaniard, who switched from Zengo Motorsport’s Cupra to BRC Squadra Corse for this season, ended up 0.128s faster than the Comtoyou Audi of Nathanaël Berthon. Reigning double champion Yann Ehrlacher was third in his Cyan Racing Lynk & Co.

Comtoyou Audi’s Gilles Magnus was a surprise fastest in Q2 after track limits violations had left him vulnerable to dropping out after Q1.

Then running last in the one-at-a-time Q3 shootout, he blew his chance to claim pole by running wide at Turn 11. Esteban Guerrieri, who ran first, also had his time deleted for stepping over the limits at the same corner.

"The car was working amazingly and we need to use this opportunity tomorrow to take the victory tomorrow.”

Berthon was kicking himself for losing time on his lap, but Magnus had greater reason to be frustrated. “The car was really on the edge to be quick,” he said, “so it was not easy to drive.

"But I’m really disappointed. I should have finished the lap on a slow pace, which I tried to do to be honest. I didn’t want to take any risks, but the rear stepped out. This would have been a nice pole which is important here. I’m disappointed in myself, sorry to the team.” 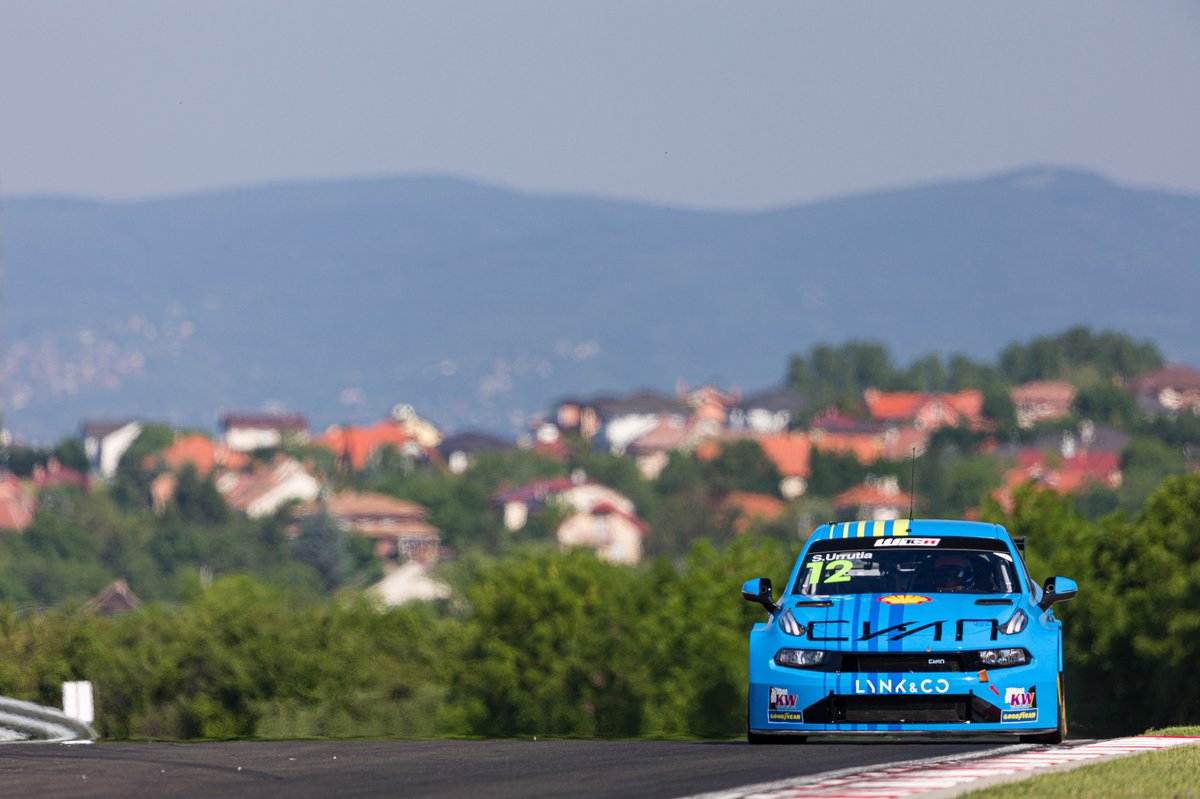 A late improvement in Q2 from fellow Lynk & Co driver Ma Qing Hua pushed him up to sixth and knocked Urrutia down to the crucial position – and Yvan Muller out of the top 10.

The Q2 session was briefly interrupted by Zengo Motorsport’s Daniel Nagy going straight on at Turn 1 and crashing his Cupra into the barriers.

Fellow Hungarian Norbert Michelisz qualified seventh behind Ma, but will be docked six places on the race one grid for causing an accident with countryman Attila Tassi in the first round at Pau.

The Hungarian round of WTCR follows two weeks after the races on the Nurburgring Nordschleife were cancelled at short notice following safety fears over delaminating Goodyear tyres.

The company organised a test this week at the Slovakia Ring to test a lightly modified version of the WTCR tyre. This is being used on the fronts at the Hungaroring, with standard rubber remaining on the rears.

There has been only one reported tyre problem so far in practice and qualifying. The left rear on Tom Coronel’s Comtoyou Audi deflated in Q1, the Dutch veteran pulling off a great save to stop his R3 LMS from spinning.