Mikel Azcona stormed from pole position to win at the Hungaroring and surge into the lead of the World Touring Car Cup standings.

The Spaniard claimed his second victory in three races for his new team, BRC Squadra Corse, after making a strong start to race one in his Hyundai Elantra N TCR. The victory means he has demoted Munnich Motorsport’s Nestor Girlolami from the top of the standings.

“Really pleased, very happy, a very comfortable race,” said Azcona. “There was no pressure from behind. The first lap is always the most tricky part of the race. The first few corners I felt the pressure and tried to defend. I have to say the car was working very good, the tyre degradation was amazing.”

Reigning double champion Yann Ehrlacher started third behind the Comtoyou Audi of Nathanael Berthon, but pounced on a small mistake on the penultimate lap to snatch second place.

“It was really tough, it was really hot in the car,” said Ehrlacher. “The start was tough because I was not on the inside. We gave it a good go, but I lacked a bit of speed.

“But actually I saw I could save my tyres not running too close behind Nat because I would have destroyed them. Then the last three laps I saw as my chance. I felt some vibration in my tyres so I was careful as well. But I went for it.”

Girolami finished where he started in seventh, behind Gilles Magnus’s Audi, Ma Qing Hua’s Lynk & Co and Rob Huff’s Zengo Motorsport Cupra. The Briton pulled two strong moves on Girolami and the other Munnich Motorsport Honda of Esteban Guerrieri to rise from eighth on the grid to finish sixth.

Santi Urrutia won the partially reversed-grid race two from pole, but had to fight off a big challenge from fellow front-row starter Huff to do so.

A safety car intervention broke up the battle as Mehdi Bennani’s Audi was left with a broken front-left wheel after contact with Yvan Muller’s Lynk & Co. At the restart, Urrutia made a strong getaway, but couldn’t shake off Huff who chased him all the way to the flag. 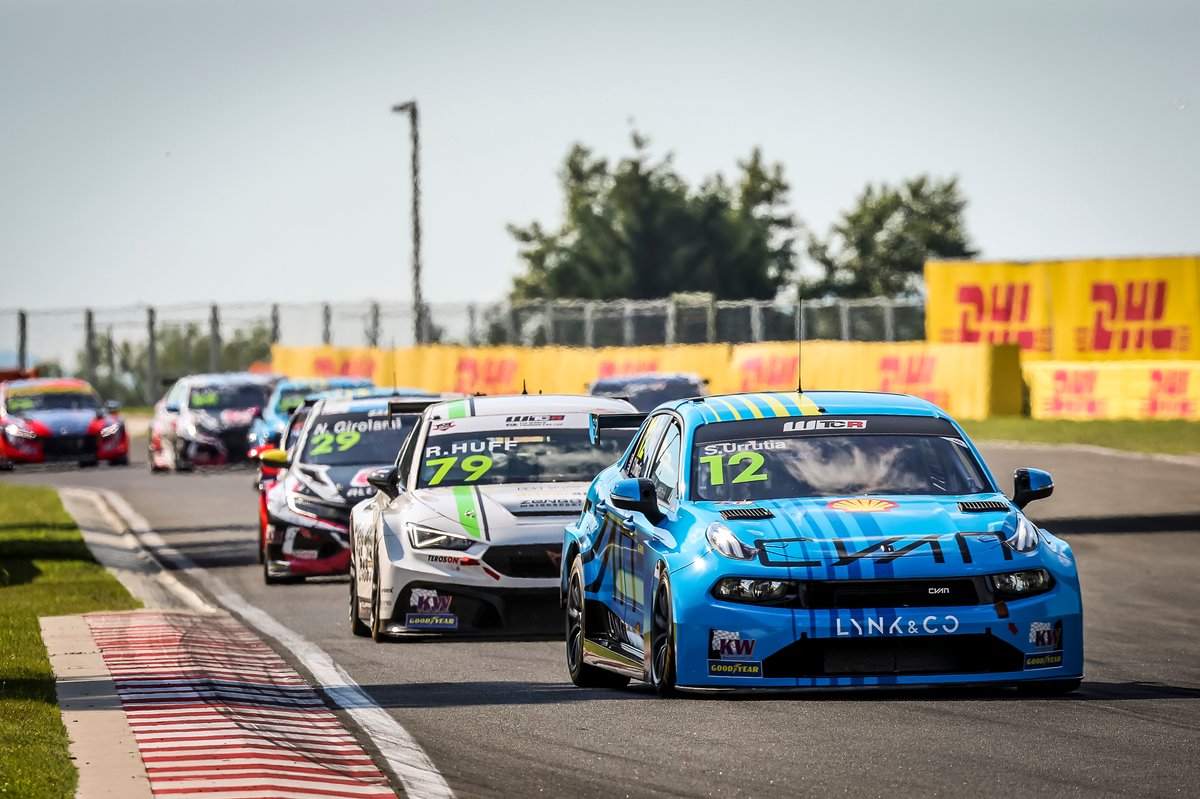 “That was hard, it was very warm in the car,” said a delighted Urrutia. “I had no rest time in the race. Rob was pushing and I could not make a single mistake. I think I won the race on the restart. If I made a gap he could never get it back. But he was still there pushing. What a race. Thanks to Rob for the clean race.”

“Congratulations to Santi," said Huff. "I threw everything I had at him, including a slightly quicker car. But he just didn’t give me any space, there was no room and nothing to try. After last year’s disaster [when he crashed in Race 1 and was unable to take up his Race 2 pole position] I wanted to make sure we got something solid this year and a podium here at the team’s home race is absolutely mega. We’ve raised the bar every single time. I thoroughly enjoyed the race.”

Girolami completed the podium and, with Azcona finishing ninth from 10th on the grid, was pleased to reduce the gap to the new WTCR title leader to just nine points.

“Amazing job from the team over the weekend changing the set-up,” said Girolami.

“In the first race I was struggling a lot, then we decided to take another direction in race two and it was quite good. I was surprised at the pace considering we are the heaviest here with 40kg.

“I am super-happy and it’s a really good moment because we are fighting for the championship. I feel super-ready to go for it.”