The pair, who started on the front row, touched as they jostled for the lead through the fast Turn 3 right-hander at the start of Saturday's opening race.

That contact sent both off into the outside barrier and triggered a multi-car accident that resulted in the race being suspended for more than two hours.

Both were taken to hospital for precautionary checks and were later discharged.

An update on Huff's social media on Saturday evening announced his Volkswagen Golf GTi would not be repaired in time for Sunday's races, and SLR was also given permission to leave the circuit early. 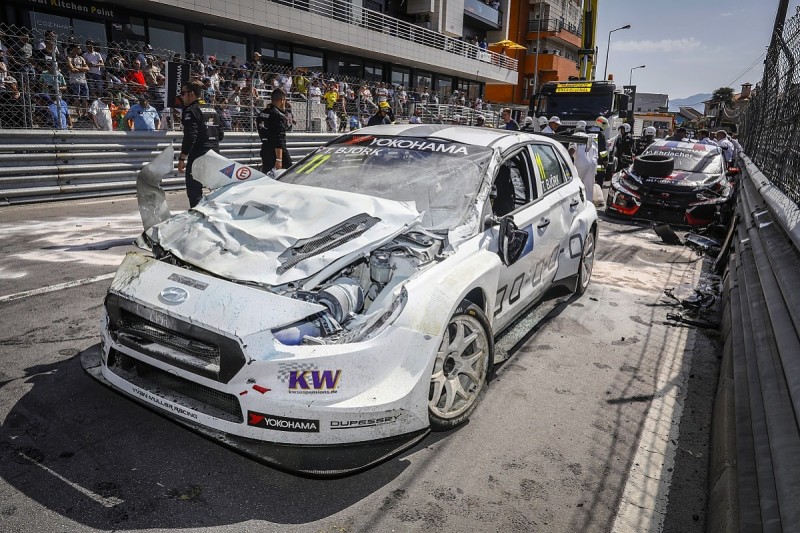 Yvan Muller Racing has repaired Thed Bjork's Hyundai i30 N - which briefly caught fire after the crash - and Norbert Michelisz will race his similar BRC Racing Hyundai despite a heavy impact.

Michelisz, who was not allowed to participate in Saturday's restarted race because the rollcage in his i30 N had been damaged, said on Saturday his hand "just got twisted" after being swiped by Huff but insisted he would be OK to drive.