OPINION: The manner in which Cyan Racing withdrew its five Lynk & Cos immediately before the two WTCR races at Vallelunga, citing tyre safety concerns, was perplexing. It has created a situation that appears difficult to resolve, at a time of great uncertainty for a series that is already at a low ebb

The last time the World Touring Car Cup was thrown into Goodyear tyre safety turmoil, just two months ago at the Nurburgring, we were at pains to stress it was nothing like the Indianapolis 2005 Formula 1 farrago.

This time, on the short circuit at Vallelunga last weekend, the parallels were admittedly closer, largely because Cyan Racing chose to withdraw its armada of five Lynk & Cos only at the end of the races’ formation laps, slinking back to the pits as the rest lined up on the grid to take the start. So, just like the Michelin runners at Indy 17 years ago? Well no, not really.

Cyan knew it was in trouble from the test on Friday, at a venue new to the WTCR. Ballasted by 40kg of compensation weight for a total mass of 1355kg, the Lynk & Cos were by far the heaviest of the five makes of car, a hefty 80kg over Mikel Azcona’s ‘weightless’ Hyundai. So far, so WTCR.

But now Cyan claimed its drivers couldn’t complete a race distance on Goodyear’s apparently frail rubber. Those fears were compounded on Saturday morning when Yvan Muller went straight on at nearly 140mph at Turn 2, following a left-front failure. Mercifully, the gravel trap is long and the barriers distant. He only just nudged them.

As track temperatures topped 60C in qualifying, the Lynk & Cos were off the pace – although, because double champion Yann Ehrlacher and title rival Santi Urrutia qualified 10th and ninth respectively, they’d locked out the front row for the partially reversed-grid race two. But now Cyan upped the stakes, by releasing a ballistic statement.

“The current assessment of Cyan Racing is that the weight levels and supplied tyres make for an impossible equation for the team to drive a full race distance in a safe manner,” it read. Short runs were OK, which is why the team took part in qualifying.

“However, Cyan Racing calls for the FIA WTCR stakeholders to take immediate and necessary actions, so that the team and its drivers can take part in the WTCR races at Vallelunga in a safe manner. The team will take a final decision on whether to take part in the two races on Sunday pending further action from the championship stakeholders.” 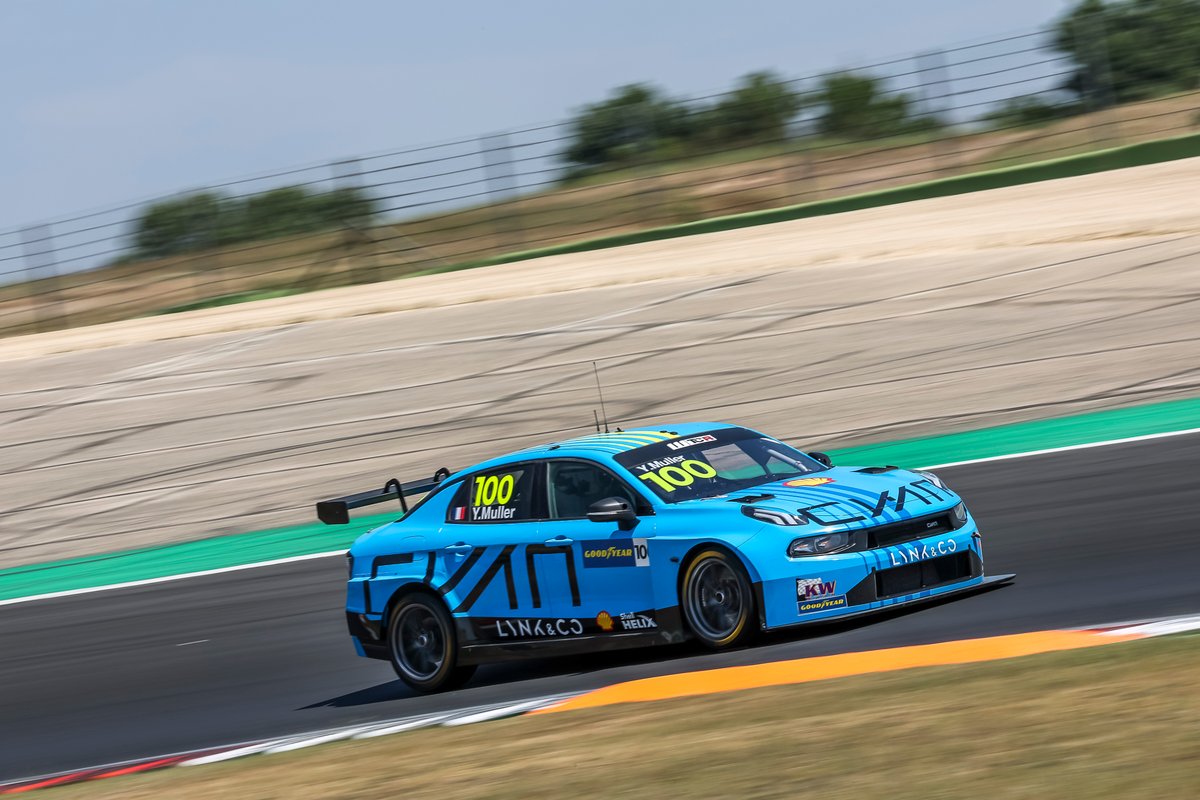 Muller had a big off caused by a puncture on Saturday, prompting Cyan Racing to request "immediate and necessary actions" from the organisers

In other words, give Cyan a rules break or else an already light 16-car grid would be down to 11. It was an ultimatum played on the safety card, and there was no going back. But when has holding a proverbial gun to the head of the FIA ever ended happily?

Did they really expect the FIA to change its own regulations mid-event? Even if it did (which was never going to happen – see Indy 2005), what sort of precedent would that have set? How would the rival teams and manufacturers have responded? And, while Cyan insisted this was a safety matter, a nagging thought occurred: was this just a ploy to gain back performance?

Muller had complained about BoP fairness to Autosport just last week. But Lynk & Co has been a part of WTCR since 2019, Cyan knows form can yo-yo meeting to meeting. Why not run the cars to a conservative set-up to ensure driver safety and bag points in a thin field? Overtaking is tough at Vallelunga. Even lacking straightline pace, Ehrlacher and Urrutia might have managed decent scores in race two. As it is, they have fallen from fierce title contenders to rank outsiders in one tempestuous weekend they’ll never forget.

Goodyear is vastly experienced at supplying spec tyres, at much higher performance levels than TCR touring cars. So it’s a puzzler. Much the same can be said for Cyan Lynk & Co’s choice of bridge-burning tactics in the paddock

But what really puzzled was why Cyan chose such a defiantly aggressive approach to the withdrawal. Pulling the plug on Sunday morning, on the grounds of safety, would have been one thing. To keep everyone hanging on tenterhooks, including it seems their own drivers, then making the call on the radio during the formation lap, just seemed a vindictive act towards a series that is already at a low ebb, given the low grid numbers and uncertainty over the rest of the 2022 schedule.

Back at Indy in 2005, Michelin categorically admitted its tyres were not safe, but its teams felt compelled to at least line up for fear of financial, legal and regulation-breaking reprisals. That wasn’t the case here. How this call became public knowledge, the damning statement pinging in just as the rest lined up on the grid, was unnecessary. It smacked of melodrama.

How the WTCR and Cyan Lynk & Co can come back from such toxicity is another question. As for Goodyear, questions remain how closely WTCR teams follow its guidelines (which are not enforced by regulation) on tyre pressure and cambers – although Cyan did claim it adhered to the “recommended operating window from the official tyre supplier”.

But on a weekend when the other teams suffered a spate of worrying punctures in the races, and there were dramas on the brand’s entirely different treaded rubber in the ETCR that ran on the same bill, it doesn’t look great for Goodyear. It must and will investigate, then react, just as it did in the wake of the Nurburgring troubles.

The famous old tyre company is vastly experienced at supplying spec tyres, at much higher performance levels than TCR touring cars. So it’s a puzzler. Much the same can be said for Cyan Lynk & Co’s choice of bridge-burning tactics in the paddock. What a weird weekend. 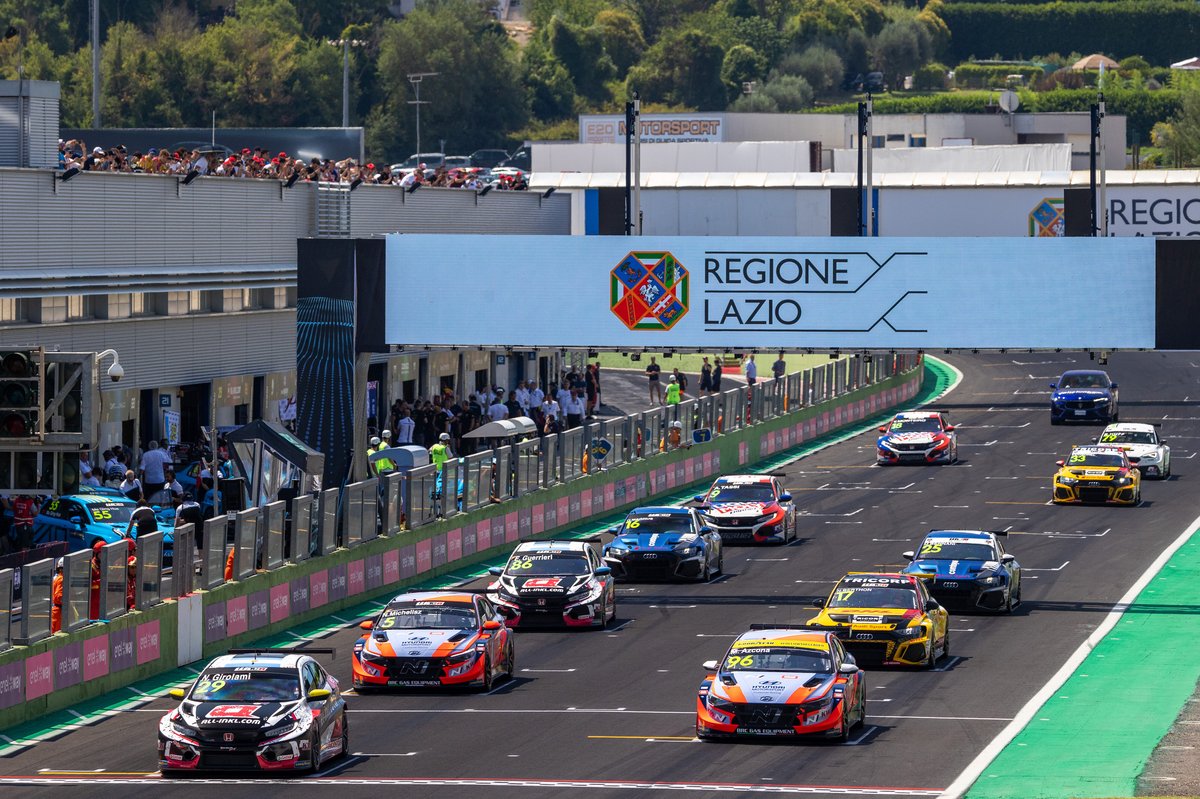 A slender field took the start once Lynk & Co's quintet were withdrawn, leaving all parties in the drama facing difficult questions