Ask any GT3 racer for their favourite circuit, and perhaps half of them will cite the Nurburgring Nordschleife. It remains arguably the most challenging circuit in the world, its unforgiving reputation renowned the world over and totally justified.

But it’s perhaps more surprising that four-time World Touring Car Championship title-winner Yvan Muller singles out the circuit Jackie Stewart famously labelled the ‘Green Hell’, given he freely admits to a dislike of the track in almost equal measure.

“When you have a calendar, there is no choice,” he says. “To pick one in front of the others is complicated. The one I like but also I hate is the Nordschleife. I like it and I hate it.”

The Frenchman has two WTCC/WTCR wins at the track, achieved in 2015 – the first world championship event held at the track since 1983 – and 2018 in highly contrasting circumstances.

Some 22 years after he’d raced on the Grand Prix track in International Formula 3000, factory Citroen driver Muller made his Nordschleife debut in 2015. He was only sixth in qualifying on the 15.76-mile circuit – which comprises a shortened version of the GP loop that skips the Mercedes arena – as Citroen had trimmed its C-Elysee TC1 machines of downforce for optimal top-speed on the long Dottinge Hohe back straight. It was therefore a real handful in the corners, but geared well for race trim. 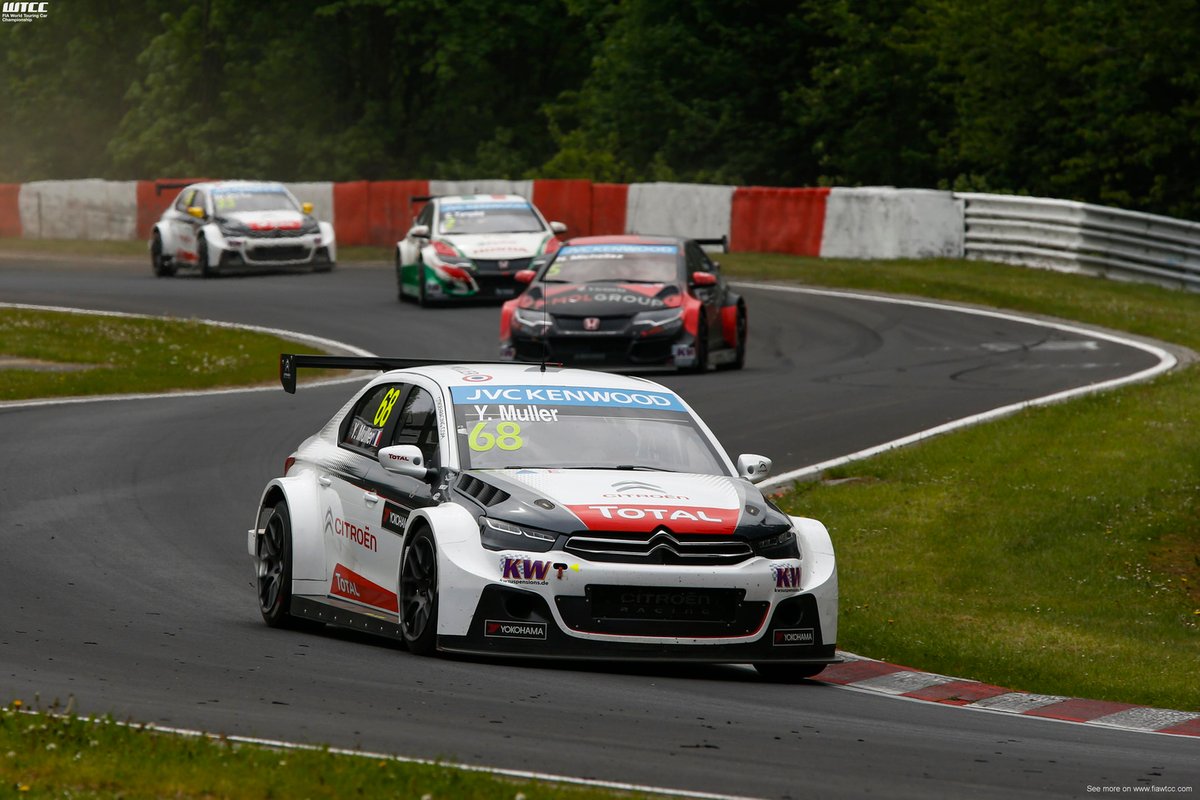 Muller took his first Nordschleife victory with Citroen in 2015

After finishing third in race one, when his polesitting team-mate Jose Maria Lopez had taken the plaudits, Muller carved his way from fifth to second at the start of race two and passed Tiago Monteiro’s Honda for the lead before the end of the first lap on the run to Tiergarten to secure victory.

“It’s a crazy circuit,” reflects Muller today. “When you do it on endurance, it’s one thing. But when you do it at the sprint race as we do in touring cars, it’s very different. That’s why I am excited to drive the Nordschleife when we go.

“But, at the same time, I’m happy to not go back anymore during the season when the race is over. Because to race there, as we do, with the level we are pushing in the car…”

He trails off, perhaps reflecting on his experience at the track in 2016. He was following leader Monteiro on the final lap after carving his way through from eighth on the grid, and there seemed an air of inevitability that the Citroen man would prevail.

"To be at 300km/h in the straight, anybody can do it, or almost anybody. But to be fast in the corners is a different thing..." Yvan Muller

But when Monteiro suffered a right-front tyre failure at Kesselchen and crashed hard into the wall, Muller was powerless to avoid the Portuguese as he bounced back onto the road in front of him. Chief beneficiary Lopez described it as “spectacular, like a PlayStation accident”, the damage enough to put Muller out of race two.

He retired from racing at the end of the season as Citroen ended its WTCC programme to focus on rallying, and sat out the 2017 season that brought the curtain down on the WTCC era before its merger with TCR International for 2018. He did however make a comeback with Volvo for the Qatar season finale, to help eventual champion Thed Bjork’s title bid, although this was only ever intended to be a one-off.

Muller fielded his own squad for 2018 in the newly-established WTCR series and signed Bjork to drive one of his two Hyundai i30 N TCRs supported by Cyan Racing. But he was forced to end his retirement and partner the Swede to make the project commercially viable.

Fittingly, Muller’s (and his team’s) first win in WTCR came at the Nordschleife after beating Bjork in a straight fight in the first of the three races, ending the weekend as the highest scorer after taking a further second and fourth. 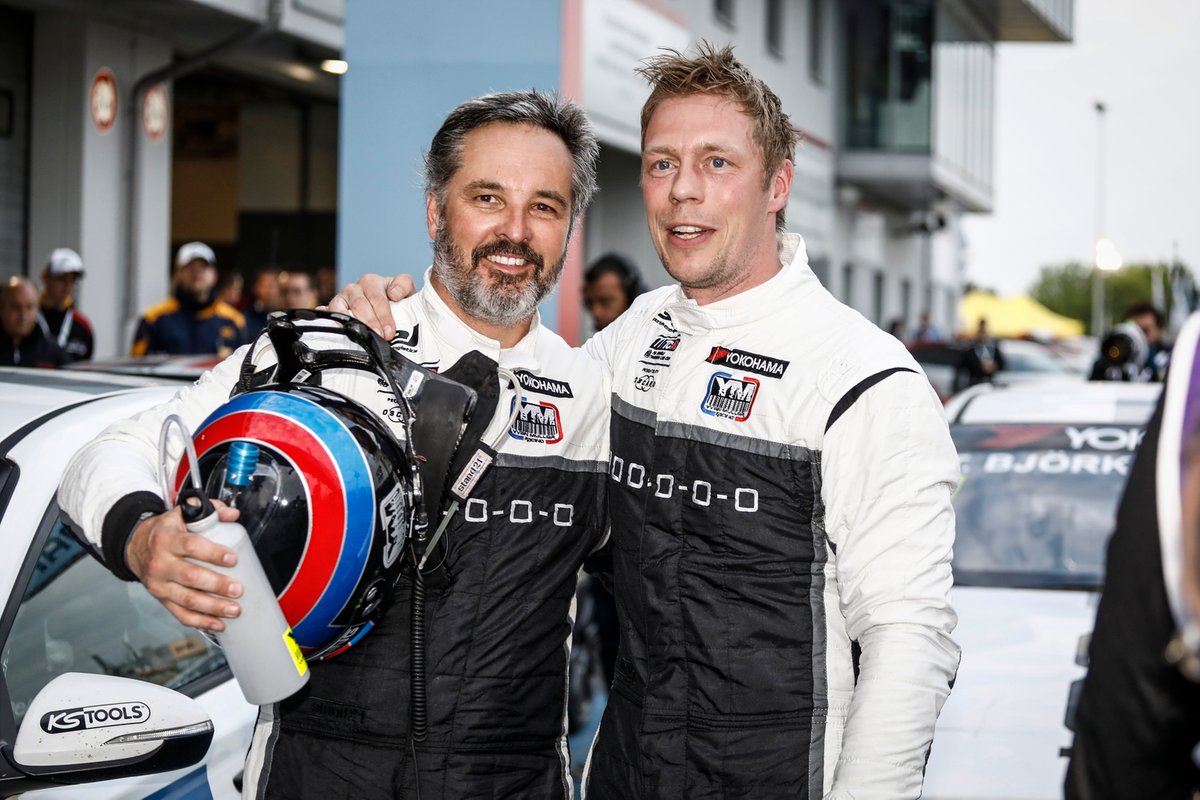 “The characteristics that made Muller a four-time WTCC champion were plain for all to see once again,” Autosport’s report said. “Any doubts about his commitment should have been eliminated by his Nordschleife weekend, and replaced by anxiety about what World Touring Cars’ Godfather is capable of next.”

He missed out on the title to Gabriele Tarquini in the final reckoning at Macau, but Muller regards that weekend at the Nurburgring as one of the highlights of a remarkable season.

“Yes, 2018 was a very satisfying season because we won the team title, we won several races and we won at the Nordschleife,” he says. “We did even P1 and P2 with Thed, for my own team.

“Initially it wasn’t planned, I was happy with my decision to retire. But then I had the possibility to have a good programme for my own team and to have that programme, I had to be in the car, that’s why I did the comeback. At the Nordschleife, to finish P1 and P2 with my own team, it was very satisfying.”

In recent seasons with the Cyan-run Lynk & Cos Muller has collected second places in 2020 and 2021, both times from reversed grid pole. He had nabbed another reversed pole for this year’s race before it was cancelled due to concerns over the integrity of the Goodyear control tyres.

“The circuit is very demanding for the cars, for the drivers, of course a lot for the tyres, and that’s why it happened,” he says.

Muller’s future is unclear following the withdrawal of Lynk & Co from WTCR at the Vallelunga weekend. But, whether or not he’ll be back in the series next year, the 53-year-old’s revelry for the Nordschleife will not change.

“The Citroen was the fastest car I had in Nordschleife, it was super-fast in the corners,” he says. “To be at 300km/h in the straight, anybody can do it, or almost anybody. But to be fast in the corners is a different thing...” 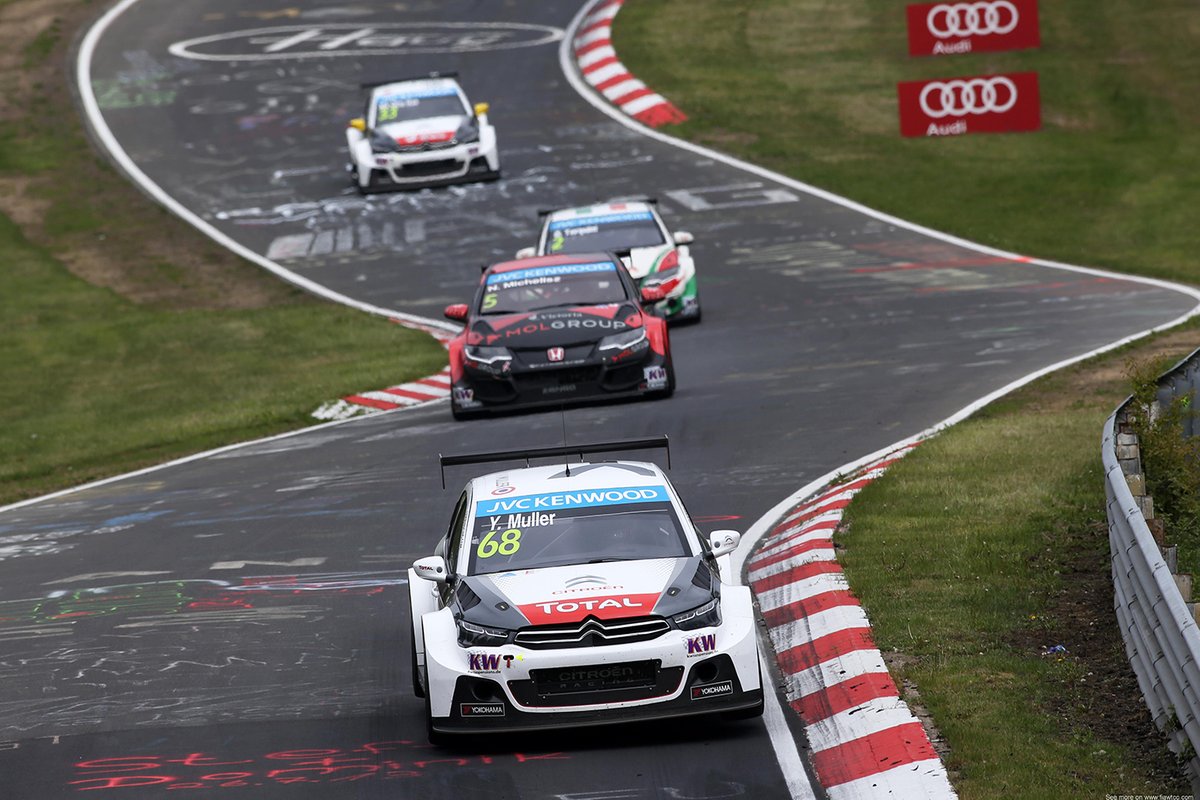