Morbidelli started 70 grands prix and scored one podium between 1990-97, but is now an established touring car veteran having spent the past two decades in tin-top categories.

The Italian won three Superstars Italia titles in a row from 2007-09 as well as the International title in the last of those years, and repeated the Italia/International double in what proved to be the series' final season in '13.

He then moved to the World Touring Car Championship, winning one race and finishing ninth overall in a Munnich Motorsport Chevrolet Cruze, and has spent the past three seasons racing in the TCR International Series.

Morbidelli tested a Romeo Ferraris-built Giulietta alongside Giovanardi - who was announced on Monday as the Team Mulsanne-badged squad's first driver - and 2017 WTCC driver Kevin Gleason at Monza earlier this month.

The 50-year-old has now been confirmed as the team's second driver for 2018. 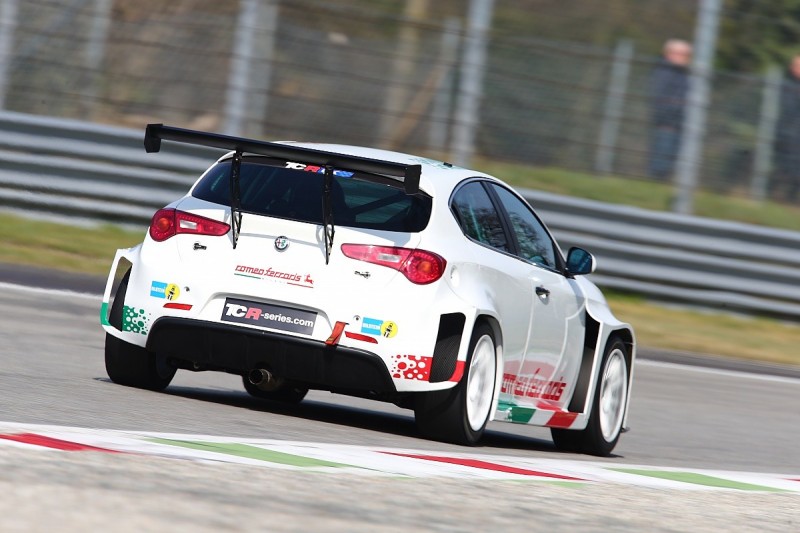 Morbidelli, who previously drove Alfa machinery in Italian Super Touring Cars in 1993 and in the WTCC in '06, said: "I am happy and honoured to be back at the top level of world touring car racing, and to do it with an Alfa Romeo Giulietta TCR by Romeo Ferraris, sporting the logo of such a prestigious brand.

"It will be a championship with many great teams and drivers, and this makes the challenge even more exciting.

"I wish to thank Team Mulsanne for their trust and for giving me this great opportunity."