Pure ETCR series leader Mattias Ekstrom believes the inaugural champion will be a driver and team that performs consistently well in all environments.

Ekstrom won Pure ETCR’s previous round in Spain and set the fastest time in the Time Trials used to determine the grids for the Danish weekend’s SuperFinals.

The Cupra X Zengo Motorsport driver then led the majority of Pool A’s SuperFinal, but a moment where he ran too close for comfort to the circuit’s unforgiving concrete walls led the double DTM champion to back off slightly.

That allowed Romeo Ferraris-M1RA driver Luca Filippi to squeeze past on the run to the chequered flag and meant Pool B winner Philipp Eng claimed the overall victory from Filippi and Ekstrom.

“I was a bit too conservative in the last chicane on the last lap after I brushed a wall,” explained Ekstrom, who retains a 24-point lead over Hyundai’s Jean-Karl Vernay.

“In my situation I have more to lose than to win in that moment because if you don’t finish a SuperFinal you get really a big loss [of points].

“The championship is long and I think the one who makes the least mistakes, and balances luck and trying to be fast, will be the champion.” 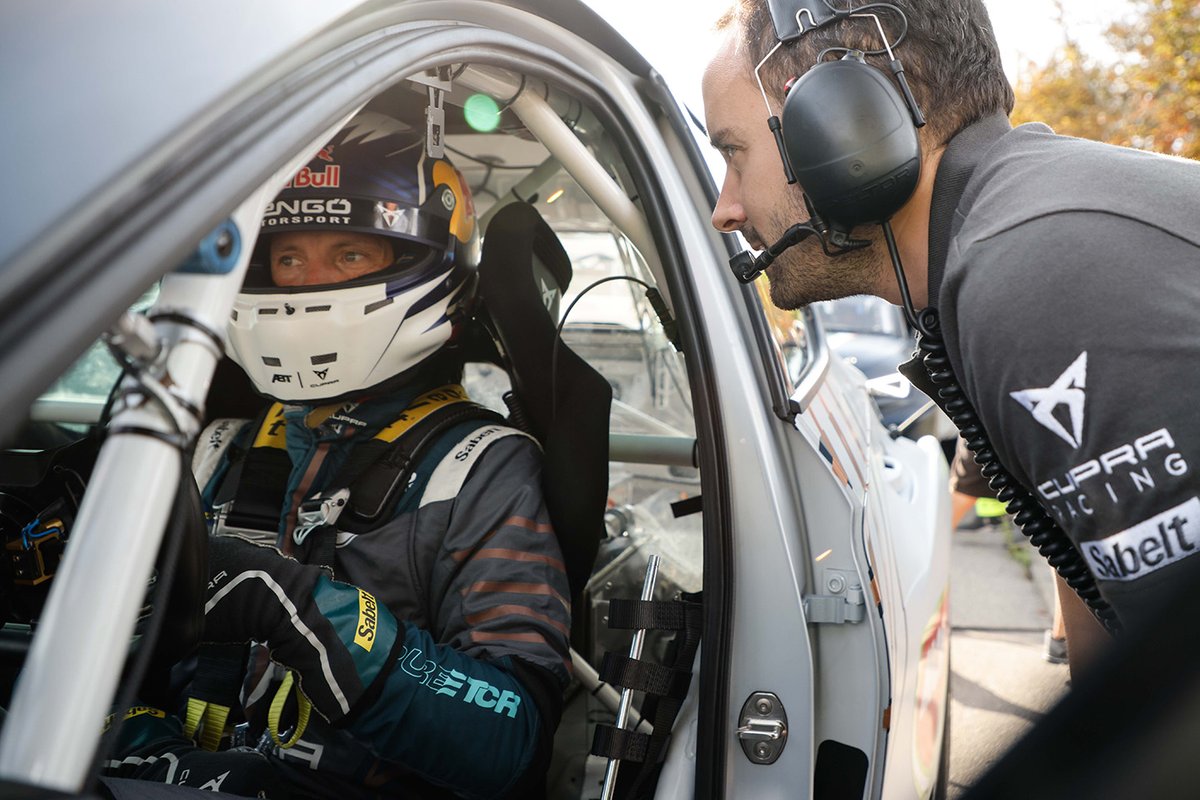 Following the opening events at Vallelunga in Italy and Motorland Aragon, two traditional-style permanent circuits, competitors were faced with a different challenge in front of a large crowd on the Copenhagen streets.

The 1.618-mile (2.604km) Bellahoj Park track is narrow and relatively fast for a temporary circuit. Lined by concrete barriers, it has little run-off or escape roads.

The layout and low-grip asphalt surface of city streets require a different set-up, meaning teams were stepping into the unknown.

With little opportunity to test the series’ all-weather tyres in wet conditions, an additional practice session was staged when rain fell on Saturday morning, although the rest of the meeting was largely dry.

Speeds of 130mph (210km/h) were achieved on the start/finish straight, despite cars being restricted to 300kW (400bhp) throughout the event for safety reasons. Usually, drivers have an additional 200kW (270bhp) ‘push-to-pass’ available in the opening Battles and SuperFinal, as well as throughout their Time Trial laps.

“It’s very narrow in places and also has a couple of bumps and some fast chicanes,” said Ekstrom.
“Going up the long straight to the finish line, for sure the heartbeat is a bit higher than normal when you have run-off areas.”