Lopez finished ninth overall in his rookie Formula E season in 2016/17 with DS Virgin, but was dropped by the squad at the end of the campaign.

His future with Toyota in the World Endurance Championship was also the subject of speculation at the start of the winter after a pair of significant mistakes last year.

But the Argentinian was eventually retained by the manufacturer and, after sitting out the first round of the 2017/18 Formula E campaign, was called up by Dragon when Neel Jani left the team after the Hong Kong season opener.

Lopez told Autosport he had almost completed a deal to join the reborn World Touring Car Cup with an unnamed team before Dragon's offer was tabled.

"I already had an opportunity [to join WTCR] this year when I wasn't in Formula E and I wasn't sure about the Toyota programme, I was very close to being part of the championship," he said.

"I cannot say with who, but I nearly had a closed deal. [But] at the last minute I had the call from Dragon, I had to take the decision." 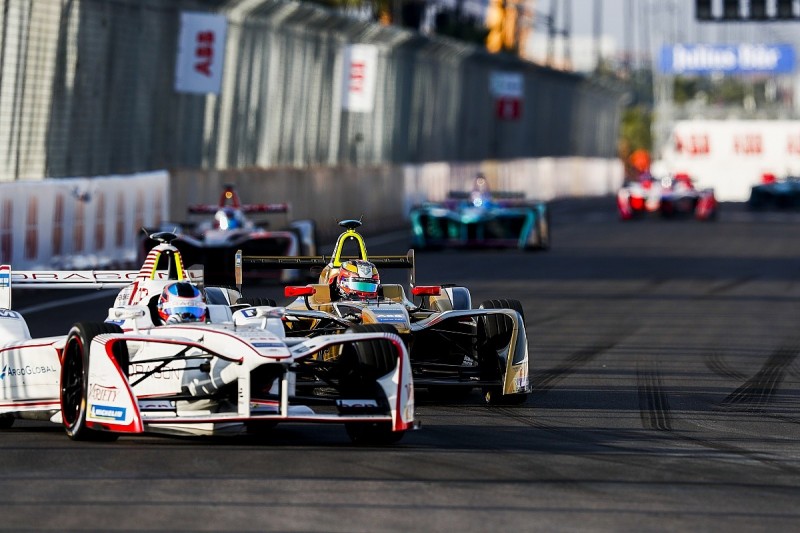 Lopez said his decision "maybe let some people down", but added a deal to rejoin the Formula E field would allow him to "challenge myself more" by racing against former Formula 1 drivers.

"I know what I did in touring cars, everybody knows," he said. "I have plenty of time to come back to WTCR.

"But maybe I wouldn't have so many chances to be part of this kind of championship where age is more of a limitation."

He said the switch to TCR regulations for 2018 was the right move for the future of the World Touring Car category after a period of decline.

"Because of what I did in WTCC everybody started to talk about me [again] after I spent so many years in Argentina.

"But sometimes you need to take a step backwards to get some momentum, and I think it's a good thing [the change to TCR rules].

"We're looking at a series with many cars, even if there aren't any official [factory] teams.

"It's a shame it's not a world championship anymore, but it needed this to get stronger.

"I wish [head of series promoter Eurosport Events] Francois Ribeiro and everyone who is involved the best of luck and I hope they get stronger.

"Hopefully we can have a World Touring Car Championship again soon."