Plans to add a secondary class below the championship's current TC1 field were ratified during last November's meeting of the World Motor Sport Council in Vienna and will permit TCN2 cars (which are based around TCR regulations) to compete in the WTCC for a separate title.

That announcement came in the wake of Lada's decision to pull out of the championship, as well as a shortage of drives in TC1-spec machinery.

Based on average 2016 grid numbers, Lada's absence would leave 15 cars in competition - a scenario that would allow an event to be called off.

Article 15 of the championship's sporting code states a meeting can be cancelled if fewer than 16 cars are entered.

Ribeiro acknowledged that the move to introduce WTCC-2 had been necessary in part due to the high costs of TC1 cars, but denied it represented a threat to the series' prestige.

"We recognise the challenges being faced by drivers and teams to secure the finances required to race a TC1 World Touring Car," he said.

"While the WTCC will clearly remain the pinnacle of touring car racing, WTCC-2 will provide a good platform for aspiring World Touring Car champions of the future to showcase their talents on a global stage, compete for an FIA title, but at a reduced cost by limiting WTCC-2 to TCN2 specification cars, which are more affordable to prepare and maintain.

"WTCC-2 competitors will benefit from the high event organisation standards, global media exposure and promotional activities in common with the WTCC." 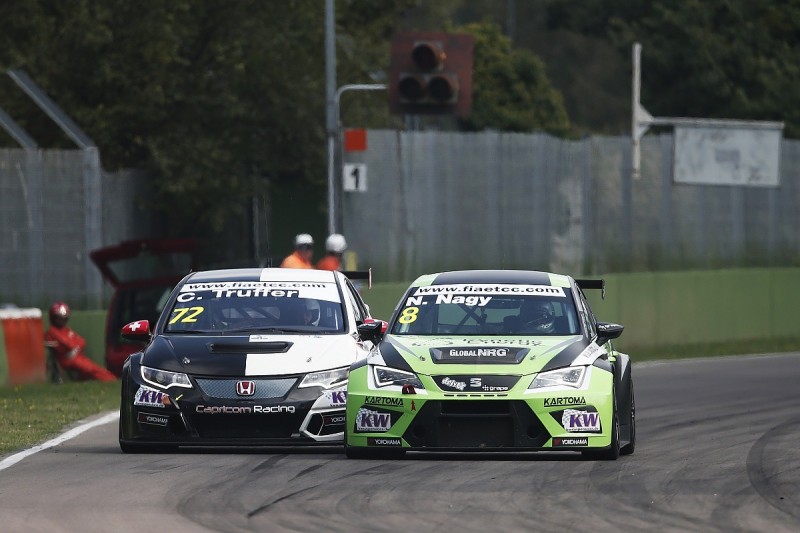 Ribeiro added that WTCC-2 would not render the WTCC-supporting European Touring Car Cup redundant, even though TCN2 cars form the basis of the ETCC's top class.

Existing WTCC outfits Zengo Motorsport and Munnich Motorsport both competed in the ETCC last season with Honda Civics built to TCN2-specification, while Sebastien Loeb Racing also entered a pair of Peugeot 308s at the Nurburgring round.

"It's fair to say the jump from the ETCC to a TC1 World Touring Car is high so by creating WTCC-2, we're providing an achievable next step for career-focused drivers.

"We also have to remember that a number of the drivers and teams taking part in the ETCC don't have the resources, both in terms of time and finance, to undertake a greater programme of events than the six that are currently organised."